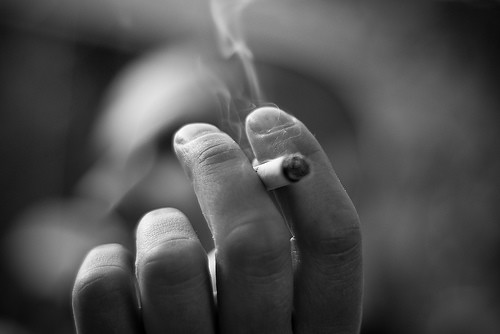 Before the Covid-19 crisis closed all academic institutions, Sumitra Adhikari, 23, a master’s level student, would frequently eat out with her classmates. However, her favourite restaurant was none other than the cafeteria within her college.

Whenever her classmates asked her to eat outside the canteen, she would hesitate.

She prefers to eat at the college canteen only, mainly because smoking was banned there. She, of course, has gone to a restaurant near her college at her friends’ insistence, but only to regret it later.

Adhikari, who has no smoker in her immediate family, says, “One we went to a restaurant. There was an open space outside and we chose to sit there. But, two men sitting beside our group started smoking. And, soon, I started coughing, felt nauseous and had difficulty breathing.”

This is the immediate effect of secondhand smoking, informs Dr Niraj Bam, a senior pulmonologist at the Tribhuvan University Teaching Hospital. In Nepal, secondhand smoking, inhaling the smoke from the cigarettes burned by others, is very common but most people have failed to recognise it as a problem.

Today, on the occasion of No-tobacco Day, Dr Bam here further explains how secondhand smoking, which is apparently unintentional, is injurious to health.

Secondhand smoking equivalently harms non-smokers’ health as direct smoking does to active smokers. It is because there are thousands of chemicals in a burning cigarette. Out of them, 70 chemicals like hydrogen cyanide, carbon, nicotine, tar, and others are carcinogens.

Smoke from a  burning cigarette can affect non-smokers around the periphery of around 10 metres. Such smoke remains in the environment which other people indirectly and forcefully inhale.

It affects all organs of the body

Research reports have concluded that lung cancer is the leading cause of death due to cancer in Nepal. Among those, about 30% are non-smokers. The main sources of smoke are environmental pollution, dust, and secondhand smoking as well.

Non-smokers are also at risk of asthma, bronchitis, tuberculosis, pneumonia, and other chronic respiratory disorders. According to the World Health Organisation, “Tobacco kills more than 8 million people each year. More than 7 million of those deaths are the result of direct tobacco use while around 1.2 million are the result of non-smokers being exposed to secondhand smoke.”

Besides, both active smokers and those who inhale the smoke indirectly also are prone to having allergy in the lung, subsequently continuous coughing. As an immediate impact of secondhand smoking, non-smokers may develop an allergy in the windpipe, irritation in the throat, cold and also allergic bronchitis.

It has long-term, intergenerational effects

Smoking, both active and secondary, increases blood pressure levels resulting in various fatal cardiovascular diseases like stroke, and heart attack. There are also chances that non-smokers can develop gastritis, even ulcers, jaundice in the liver and can also damage kidney functioning due to secondhand smoking.

When a pregnant woman inhales the smoke, it will hinder the growth of the foetus, mainly its lungs. This will result in long-term respiratory problems in the baby after birth as well.

Both direct and indirect forms of smoking harm reproductive health, mainly the sperm and eggs concentration. Smoking can decrease the number of eggs in a woman’s ovaries.

It may lead one to smoking addiction

Non-smokers can develop nicotine addiction when they are regularly exposed to the smoke from cigarettes.

In order to minimise these harmful effects, it is imperative for both smokers and non-smokers to be conscious of all these health risks. It is always better to quit smoking and live healthily and let others around live healthily. If not, the smokers should use their civic senses, says Dr Bam. 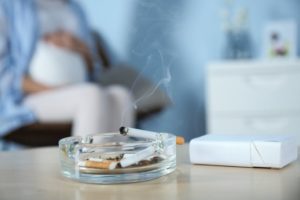 Tobacco use in Nepal: An epidemic that impacts not only health but the environment too 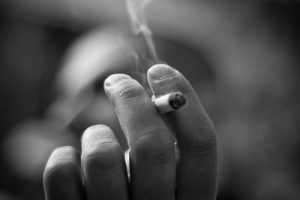