Nepal Olympic Committee to get new leadership this Saturday Nepal Olympic Committee says it is holding an election to elect the new executive committee this Saturday.

The committee’s outgoing chairman Jeevan Ram Shrestha says the election will be held at its central office in Satdobato of Lalitpur from 8 am this Saturday, Whereas Shrestha is filing his candidacy for the next term, Umesh Lal Shrestha is challenging him.

Earlier, the committee had decided to conduct the election on September 6. It was postponed owing to an interim order from the Supreme Court in response to a writ filed by an executive committee member, Kamal Bahadur Chitrakar. Last Sunday, the apex court consulted both the sides and ordered that the election needed not to be postponed.

The outgoing chairman says the International Olympic Committee and the Olympic Council of Asia will observe the poll. 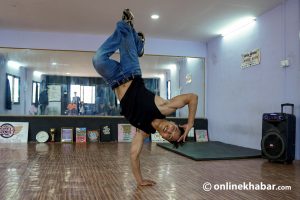