Has Nepal never been colonised? 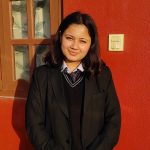 Although we have a list of complaints about Nepal, the country that we live in, we are all proud Nepalis when it comes to the sovereignty of this country. We sing the bravery of Gorkhali/Gurkha soldiers and believe that we were never colonised by any other country. We do not celebrate Independence Day, unlike our neighbouring country India, a colonised country. But, what if I say that we also have always been a colonised country? Does your Nepali blood boil? Will you accuse me of being brought up by some European nation and that my opinion is just their idea that they want us to believe in?

Okay, first, let’s understand what colonisation actually is to know that if we were and are still a colonised country by some foreign powers. In general understanding, colonisation is defined as control by one power over a dependent area or people. They enforce their values and culture upon us. They largely take our identities and dominate us. They take economic advantage of the colonised country (colony) and work according to the coloniser’s self-interest and profit.

Okay, now, let’s do the reality check. We often see a lot of Nepali people, in general, having a preference for English to the extent they have adopted the culture of speaking English even at home. We get stunned when someone has good English; we suppose them to be an intelligent person. English has such great power among the general Nepali population. A desire to excel in English is not as serious as it is a gradual forgetting and weakening of our own roots.

This present generation can mostly not even count from one to a hundred in Nepali. We are basically weak in our own language and read mostly foreign writers’ books to improve our vocabulary. This truly shows us being a colonised country partially and through soft power.

Language carries a history, tradition, norms, and values, and it is primarily an identity. However, as today’s youth become less fluent in their language, it has a significant impact on the development of relationships and a sense of community among the people. The English vernacular has not just become a language to communicate but rather an important part of a person’s status.

So, are we not a colonised country as far as culture and identity are concerned?

Any nation’s sovereignty simply means that it is free of internal and external influences. However, foreign policies have always had a significant impact on our country’s political life. Although the British never actually captured anyone physically, they were smart enough to buy a handful of aristocratic rulers with extensive political influence. At present, there is great political influence from neighbouring sides and other powerful developing countries as well.

The colonists seek economic benefit for the colonised country, and with the concept of globalisation, all the money, productive labour, and resources are being exported to foreign lands, leaving the colonised country in poverty. Domestic industries are largely impacted by international companies, and it is truly an unfair competition to survive among these powerful international companies.

The culture of any country is its biggest asset. It is a country’s identity and brings all of its citizens together. But, using soft power by foreign nations, we are slowly forgetting the significance of our culture. We have been manipulated to believe that speaking in their accent, copying western dress codes, and eating with a spoon and fork are way more civilised than adopting the Nepali lifestyle. We are heavily influenced by them; we want everything to be like them, and having such a mindset simply elevates them above us, which is the goal of the colonisers in any colonised country.

Although Nepal has never been formally colonised, its history and the present show the political influence, cultural assimilation and acculturation, and economic advantage taken from Nepal are similar to those of a colonised country. We can say we have been colonised more in a soft way and if the correct action is not taken at the right time, it can be a very unfortunate thing for this country in the long term.

Baniya is an undergraduate student at Kathmandu School of Law.