They have a few certificates with the names of Basanti Chaudhary and her husband Khushi Ram Chaudhary on a wall of the attic of their home in Ghorahi of the Dang district. Nearby the certificate, Basanti is lying on the bed, rubbing the wound on her abdomen. For the woman who cannot stand and sit properly, those certificates and painful wounds are similar.

The duo received the certificates for fighting the 10 year-long civil war in Nepal. Occasionally, they still make the couple happy, but the wound in her abdomen caused due to a bullet makes them immediately sad.

Basanti Chaudhary and Khusi Ram Chaudhary are two representative survivors of the civil war who have felt they have not received justice even after years of the peace process.

Scars of the civil war

“The wound keeps paining all the time, makes it hard to stand and even sleep,” says Basanti, rubbing the wound.

Khushi Ram also lives in a similar situation. He has fought four battles during the insurgency and has sustained scars of bullets on different parts of his body. The right side of his body is unmovable. Likewise, the left side is also in a critical condition.

“The doctor has said that the scars on the neck have affected the head.  As the right side of the head is affected, the left hand and leg have been nonfunctional,” says Khushi Ram.

In 1996, when the civil war had just begun, the Maoists attacked Dang’s headquarters, Ghorahi. That was the first and biggest attack made by the rebels against the army. Afterwards, the then government started torturing the public in rural parts of Ghorahi.

Basanti cannot remember the exact date when she went underground. But, she knows the year was 1996.

“A few days before that, the army surrounded the entire settlement and beat the public. For a few days, we tolerated it, but after some time, we could not bear it, and we went underground,” Basanti recalls.

The same night when they went underground, the army launched an operation in a jungle nearby Hapure, Dang. A bullet fired by the army hit Basanti’s abdomen. Basanti spent most of her time in a hospital instead of being involved in the civil war.

After receiving treatment in India and removing a bullet from the abdomen, she took part in the various fronts of war and fulfilled her responsibilities. But, now, the state does not consider her even as an injured person.

“Yesterday, we were ready to take bullets for the sake of change, but today, we are struggling to get treatment,” she has a grievance with the nation and the party that led the civil war.

Across Nepal, there are thousands of couples like Basanti and Khushi Ram who have fought to change the system of the country. Due to that contribution, there has been a little bit of reduction in inequality. The question against discrimination has started to come out. But, the ignorance of the government has agonised thousands of civil war fights such as Basanti and Khushi Ram.

It has been 15 years since the end of the armed conflict and the establishment of peace. But, the scars of bullets are still there on Khushi Ram’s neck.

He cannot walk well. For the last 20 years, he has been regularly taking the medicine.

His worries escalated after the government reduced his subsistence allowance from 51 per cent to 35 per cent of his medical expenses. The government, which the Maoists were also a part of, reduced the allowance.

“The subsistence allowance was already insufficient earlier. As they have reduced further, it has created more difficulties in medical treatment,” says Khushi Ram.

As both are injured, they are unable to work and are going through hard times. They are also facing trouble with managing finances for medication. The couple have already sold a big chunk of their land for treatment. Now, they are worried about the future of their son and daughter and grown-up grandchildren.

“Till when will our life be like this?,” Basanti says.

The local government is not for locals

The civil war survivors thought of receiving medical treatment once the constitution was promulgated. But now, they think they are not a part of the constitution that was introduced partly due to their struggles.

“The constitution which was brought due to our hardship doesn’t have a place for us,” says Basanti.

In 2017, when the local governments were constituted, their hopes were raised again.

“We thought that the government of our own place would address the problem of civil war survivors. But, we were wrong; nothing happened as expected,” says Basanti.

Since then, she started realising that this system of democracy and federalism is also not for the warriors like them.

Due to the struggles of Basanti and Khushi Ram, the nation has achieved democracy and republicanism. A new constitution has been promulgated, and the first phase of its implementation has been completed.

Now, for the second phase, the elections are taking place soon. But, Basanti feels that the indifference and insult towards the civil war survivors by the nation are similar to the scars made by the bullets.

New voters to get their voter id cards today and tomorrow 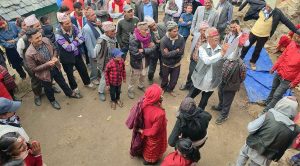 Peaceful elections in Nepal: An achievement of democratic practices for 75 years

Five temporary police die in one week across Nepal

Nepal election guide for a first-time voter in 5 points 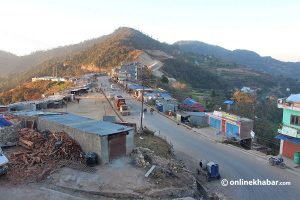