The summit was scheduled to be held in Islamabad of Pakistan in November 2016, but it has not taken place, apparently due to the hostility between India and Pakistan. It has been six years since the last summit was held in Kathmandu.

Speaking in an informal online meeting of foreign affairs ministers of the member states on Thursday, Nepal’s Foreign Affairs Minister Pradeep Kumar Gyawali urged his counterparts to “explore all viable options to hold the 19th summit at an early date and to generate the new momentum and dynamism in SAARC.”

Ministry of Foreign Affairs says in a statement that foreign affairs ministers had participated in the meeting organised on the occasion of the annual United Nations General Assembly. SAARC used to hold the Council of Ministers meeting on the sidelines of the UNGA every September. This year, the UN event is also being conducted online.

“Gyawali stressed the need to make SAARC an effective and result-oriented regional organisation capable of bringing visible changes in the lives of the peoples of South Asia,” the statement also reads, “The Foreign Minister highlighted the need for deeper engagement of the member states to collectively fight Covid-19 and develop regional resilience to mitigate the impacts of the pandemic.” 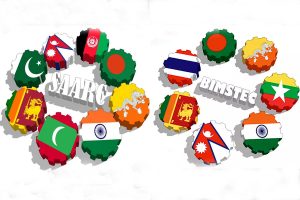