This post which has gone viral on social media in Nepal has grossly misquoted writer Narayan Wagle.

A post with some text and a mugshot of noted journalist and author Narayan Wagle is widely circulating among Nepali social media users since January 25 after Wagle addressed a protest rally at Baluwatar, Kathmandu earlier in the day.

The post claims Wagle made the following statement: “Secularism has been enshrined in the constitution. Therefore, they should stop building temples and offering worship. To ensure secularism, temples should be demolished. Worship and recitals should stop.” The post refers to Wagle as “author, campaigner”. The post has been shared by over one hundred people on social media platforms.

Reacting to the post, Narayan Wagle on January 26 tweeted, “Who is spreading disinformation by attributing me to something which I have never said? Why? Beware of this manoeuvre, which is aimed at derailing the citizens’ movement! ”. His tweet has been retweeted 504 times and received more than 1500 responses.

South Asia Check fact-checked the claim made in the post.

On January 25, Wagle had addressed demonstrators who were protesting at Baluwatar under the banner of citizens’ movement against the dissolution of the House of Representatives. In his speech, Wagle expressed his views on temples and Nepal’s constitution.

He had said, “He who now lives in Baluwatar first went around saying he would build temples. And, these days, he is offering worship. Has he read the constitution or not? The constitution has enshrined state neutrality in religious matters. The only thing he wants to destabilise is the democracy with federalism, secularism and proportional representation.”

Wagle’s this particular statement has been grossly distorted to spread disinformation. We studied the video and found that during his speech, Wagle has not called for constructing or demolishing temples or stopping worship. 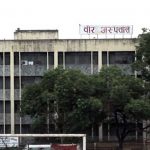 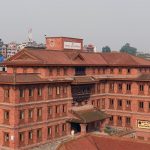