Nepali Congress leader Mohan Pandey took the oath of office and secrecy as a House of Representatives member in Kathmandu on Monday.

Pandey will replace the party’s lawmaker Surya Bahadur KC, who died of diabetes and hypertension earlier this month.

As per the House regulations, if the position of a lawmaker elected under the proportional representation election system turns vacant, the person following the deceased member on the list of the party’s candidates in the PR category as submitted to the Election Commission before the polls.

The commission has announced Pandey’s election to the vacant position on Friday.

Speaker Agni Prasad Sapkota administered the oath of office and secrecy to Pandey amidst a function in the Parliament Secretariat on Monday.

Oli’s confidant Nembang not confident about constitutionality of House dissolution 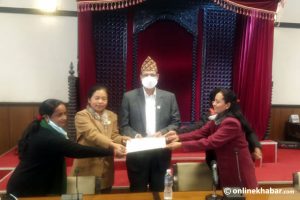 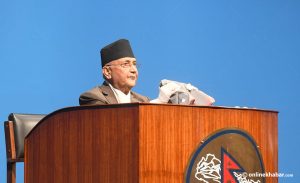