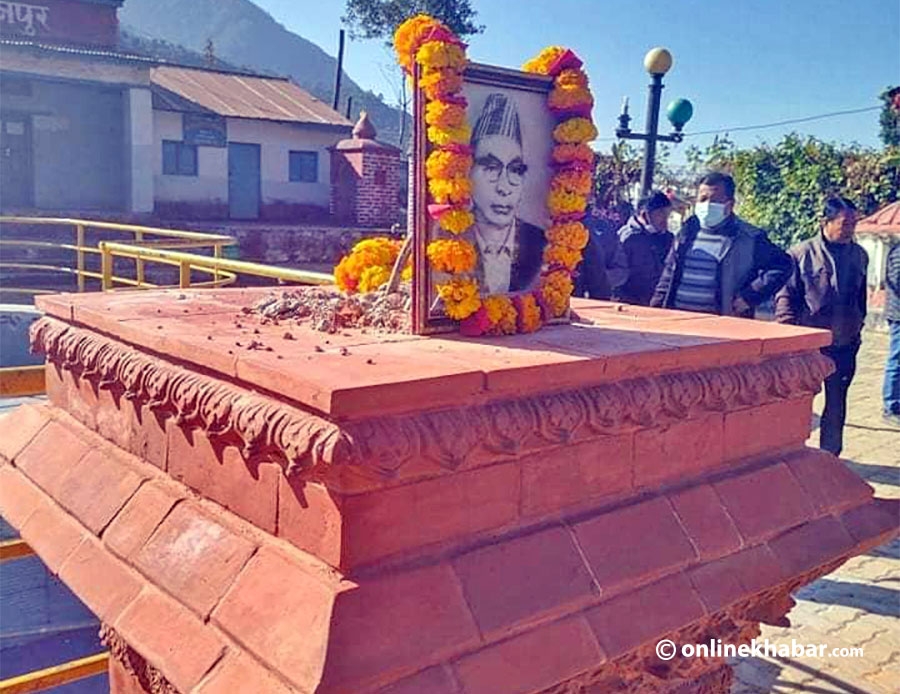 The statue of poet Ganesh Lal Shrestha was stolen from Bhimphedi, Makawanpur, on Saturday, December 18, 2021.

In an unusual criminal event, a poet’s statue has been stone on the eve of the statue’s formal inauguration, in Bhimphedi of Makawanpur, some kilometres south of Kathmandu, on Saturday.

There were preparations to unveil the statue of poet Ganesh Lal Shrestha in Bhimphedi on Sunday. However, it was stone on Saturday night, informs the Bhimphedi Area Police Post.

The bronze statue was made with an investment of Rs 500,000 and it was established at the Jyoti Library premises, just 200 metres away from the police post.

Following the theft, the organisers held an event at the library on Sunday and demanded action against the thief.

Because the statue weighs 40 kilograms, the thieves could not have taken it away easily, the statue establishment committee’s coordinator Bishnu Gopal Shrestha says, adding the police could find it back.