The 17th edition of Kathmandu International Mountain Film Festival (Kimff) will open in Kathmandu on Wednesday, the organisers announced today.

This edition of the annual festival will feature more than 70 films including documentaries, fictions, shorts and experimental films from 29 countries. The festival will last for five days at Rastriya Sabha Griha.

The event will also include a short film competition for Nepali filmmakers whereas it has a Nepal Panorama showcasing 17 films by Nepalis. The top three films among the 17 listed will receive a cash prize of Rs 200,000, Rs 150,000 and Rs 100,000 respectively. Likewise, those in the Nepal Panorama will have documentary and fiction film categories. 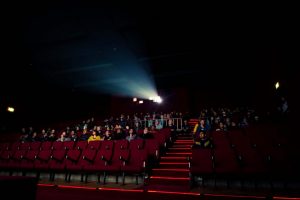