The CPN-UML on Saturday announced Keshav Sthapit and Sunita Dangol as its candidates for the positions of mayor and deputy mayor of Kathmandu metropolitan city for the upcoming local elections.

There was a lot of encouragement for Dangol as the UML was giving a woman below 30 a chance to contest in the elections on behalf of the party. However, people were enraged that Keshav Sthapit, who was accused by multiple people of sexually harassing them, has been given a ticket to contest the polls.

While activists are angry with the UML, vocal women inside the party have kept mum over the issue, further frustrating the activists and raising serious moral questions.

“This shows how poor Nepal’s justice system is. Even though a person has been accused of sexual harassment, he’s being protected by the party and given a ticket to become a mayor,” says human rights activist Mohna Ansari.

The accusation against Keshav Sthapit first came up in 2018 when Ujjwala Maharjan, a former journalist, on Facebook accused him of sexually harassing her in 2012. In an interview with The Kathmandu Post, Maharjan said Sthapit continuously texted her asking her to meet him when he was the head of the Kathmandu Valley Development Authority.

“He called me at night, and it didn’t just happen once,” Maharjan said to the Post in 2018. “For at least four or five nights, he kept calling. I just didn’t want to deal with him. I just ignored him.”

She was not the only one. A former staffer of the Kathmandu metropolitan city, Rashmila Prajapati, also accused Sthapit of making her uncomfortable. She had written that Sthapit fired her after she rejected his repeated advances masked as an offer for a promotion. She said Sthapit made regular efforts to take her out, telling her he wanted to spend quality time with her.

All of these accusations were denied by Sthapit in 2018 when he was the Physical Infrastructure Minister for Bagmati province.

The voices got silent after Keshav Sthapit was fired by Chief Minister Dormani Paudel although not because of the #MeToo charge.

But, Keshav Sthapit is coming to the surface again because several people on social media are questioning the morality of the CPN-UML for allowing a suspected sexual offender to vie for the key position.

Ansari says, “Yet again, we are seeing a person accused of a crime being allowed to contest an election and that I feel is personally unfortunate for us.”

She says that this happens repeatedly because the Election Commission has not formed a basic human rights principle about who can and cannot contest the elections. She says this will, in the long run, also set a bad precedent as more people like Sthapit who have been accused of a crime will come out.

“History will repeat itself,” she says.

Sthapit, however, says he does not care about such charges. After filing his candidacy for the mayoral position on Monday, Sthapit very lightly told the press, “If there was not an issue with me, what’s the essence of Keshav Sthapit? Keshav Sthapit cannot be free of controversy, he has to be disputed about.”*

Binda Pandey, a member of UML’s standing committee, who is vocal about women’s rights in politics, says Keshav Sthapit was recommended by the party’s district committee and endorsed by the secretariat.

“I am not part of the committee that decided to give his name. It was done by the secretariat,” says Pandey.

When asked what she personally felt, she did not comment.

But, another member of the UML says the decision to recommend Keshav Sthapit was purely political.

“We want to give seats to people who can win us the election and we feel Keshav can do that. He’s showed us he can do it before and we believe he can do it now,” says the member without addressing the sexual harassment allegations against Sthapit.

Sunita Dangol, who would be Sthapit’s deputy if both win the polls, says she is against all forms of violence and she will not compromise it. That said, she does add that since these allegations have not been proven, and that she has not spoken to the survivors, she has nothing to say about it.

“I have time and again stated that I am against all forms of violence and have even stated that I want to form a women’s cell to stop these incidents from happening,” she says. “But, dragging me into this issue right now is uncalled for.”

She says that this issue should be brought forward every day not just before the elections.

“It’s like people only remember this when the election is around or when people assume some sort of position. We need to stop with the propaganda and dive deep into the issue,” she says.

* This article has been updated to add Sthapit’s statement. 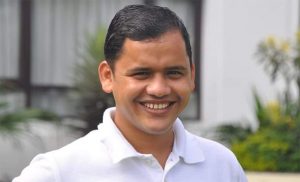 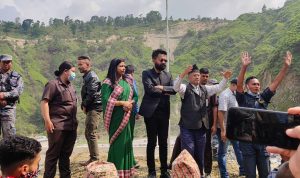