Rashtriya Prajatantra Party’s Chairman Kamal Thapa has asked for an all-party conference to reinstate monarchy in Nepal and re-declare the country a Hindu state. He warned that if that did not happen, they would hit the streets lobbying for it.

Speaking at a rally held to protest PM KP Sharma Oli’s decision to dissolve the House of Representatives, Thapa said that the demand to reinstate monarchy was not just his party’s agenda as the general public wanted the same.

“Initially, it was our agenda. But now, the general public has taken it as well,” he said. “Whether people want it reinstated or not, they are talking about it so all parties must meet to discuss this issue.”

Thapa added that his party and its members were ready to kill or be killed in order to reestablish Nepal as a Hindu kingdom and protect democracy in the country.

He argued that if political parties in the country did not take the dissolution of the parliament seriously, the country would head towards darkness.

He said that without monarchy, foreign countries were trying to run Nepal.

“Recently, we’ve had high-ranking officials from India and China come to Nepal to try and solve problems within the ruling party,” he said. “We cannot let others dictate what we want to do.” 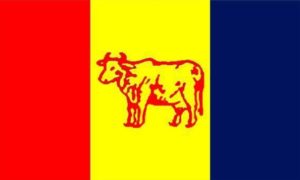 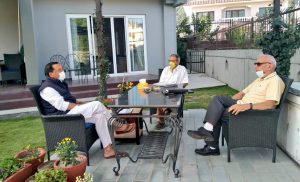