Jost Kobusch and his obsession with climbing Everest solo

Sick and alone in his tent, Jost Kobusch was having a torrid time awaiting good weather to climb Chulu West in the Annapurna region of western Nepal. It was raining constantly in early October 2022 and he did not know what was wrong with him. He had a fever that was not getting better and it resulted in him feeling extremely weak and easily exhausted.

But, not wanting to give up, he pushed himself as he broke the snow trail and stood atop Chulu West becoming the first person to climb the mountain solo.

“I thought a lot more people would have climbed it, but when I checked the Himalayan Database, I was surprised to see not many and climbed it and none had done it solo,” says Jost Kobusch in his hotel in Kathmandu.

He was climbing Chulu West to acclimatise for another project, but the fever, which later he found was dengue, and the irrational weather during the autumn meant he had to cancel the project and head back home. But, the alpinist, who has been coming to Nepal since 2014 says he has not finished as he aims to get back to Nepal to once again attempt to climb Mount Everest in the winter on a new route, alone.

Born in Bielefeld in Germany, Jost Kobusch grew up far away from the mountains, but when he joined a climbing group in his early teens, everything changed for the 30-year-old alpinist. He started with walls, then moved on to rocks and by the time he was 19, he set off to Kenya to climb Mount Kenya, the second-highest mountain in Africa.

He asked people to come with him, but no one wanted to join him so he hired a porter and a cook and set off to climb one of the most technical peaks in Africa.

“I soon realised how hard it was. It felt like I wasn’t ready for it and I wasn’t. I didn’t summit, but I learnt a valuable experience there – I didn’t need the porter or the cook and I could climb all on my own,” says Kobusch.

Following that, Jost Kobusch read many books on mountaineering. He was hooked. He wanted to do a lot more and started going to the alps to climb and train. During that time, he tried many projects, most of which, he says, he was not ready for.

“I went to Mont Blanc in the off-season to climb it alone. I was young and felt I could have done it but looking back now, I was at my limit and that is risky,” he says.

In 2014, aged 21, he came to Nepal to climb Ama Dablam. It was early in the season in spring and there was no one in the mountain. Alone and using all the training and skills gathered over the years, he climbed the technical mountain all on his own without any support. He reached the summit but realised how he had pushed himself to the limit yet again.

“This project got me a lot of recognition, but I’ll say that I wasn’t ready. I wasn’t a good alpinist at the time, but it did give me a good ego boost,” he says.

That kickstarted his career and Nepal then became another home for him. After climbing one Himalayan peak, he was hungry for more and tried to climb an 8000-er, Lhotse. But, seeing the crowd on the mountain was a big turn-off for someone who climbed mountains to get a sense of wilderness.

In 2016, Jost Kobusch came back to Nepal; this time his plan was Annapurna I, one of the most dangerous mountains in the world. After acclimatising on Lobuche East, he set off to climb Annapurna I.

“That mountain intimidated me. I realised the learn-or-die approach will not work. That mountain also taught me that the summit wasn’t important; it was just a bonus.”

As a rookie, he climbed the mountain without the help of supplemental oxygen. But, as there were people in the mountain, he felt he needed something wilder.

That experience came in the form of Nangpai Gosum II, a 7,296-metre peak near the Nepal-China border. He set off to climb the mountain alone and record the first ascent of what was then the highest unclimbed peak in Nepal.

For Jost Kobusch, that was a big moment. All his alpinism training came down to this. After reaching the summit, he was ecstatic. He knew he could now opt for different projects and climb them alone.

“I found out why I climbed. I felt I could figure things out on my own. It was then that I started to dream about climbing Everest alone via the West Ridge and doing so in the dead of winter,” he says.

But, before Everest, he needed to train more. He knew climbing alone gave him freedom like no other. He could climb with poise and take quick decisions without having the responsibilities of others.

“I had to learn to know my limits and keep my ego in check because if it exceeds a zone, everything becomes riskier.”

And, Jost Kobusch was afraid too.

For him, fear is a good thing as he feels it keeps you focused on the mountain. He believes that fear can be a rescue instrument when on the mountain as it can help get people out of some tense situations.

“We should ensure that fear doesn’t become our master,” he says. “It should always remain our servant and when we do that, we’ll be okay.”

But, that said, he does have self-doubt too. Sometimes what he has thought off does not go as planned and that causes a lot of issues.

Take Everest for that matter. Jost Kobusch has been on the mountain two times, but he has not reached the top. But, that does not mean he is going to give up. He believes if a person does not have self-doubt, he/she is not pushing hard enough.

“For me, it’s important I have that feeling because I am curious and like to do projects that people say can’t be done. This feeling excites me.”

Before taking on Everest in 2019, he came to Nepal and did different peaks. He did the first ascent of Amotsang Himal and also climbed Island Peak, Chulu Far East and Pachermo Peak. Feeling great, he felt fitter than ever to tackle Everest in the winter.

But, things did not go as planned. The winter was harsh and Jost Kobusch could only get to 7,329 metres.

“It was not easy. I don’t expect it to be, but I am doing something no one has done: climb Everest in winter without oxygen. Many may see it as a failure that I haven’t reached the summit but I don’t,” he says.

For him, each expedition is a learning experience and a chance to become a better alpinist. And, he says the past two expeditions on Everest have made him a better climber.

“Reaching the summit is not important for me. After all, it’s just a top of a meaningless rock covered with ice. What matters is giving meaning to the meaningless because, in the end, people will forget I did this in a few decades,” he says. “I’ve stopped caring what people think because that doesn’t matter anymore.”

Now as Jost Kobusch heads back to his home in Chamonix in France, he is sure to come back to and try Everest in 2023. Curious and hungry, he knows how tough it is going to be, but, the 30-year-old alpinist knows that by staying true to his style, working hard and with a small amount of luck, he can fulfil his dream of climbing Everest in a manner no one ever has.

All photos by Daniel Hug are for one-time use only. 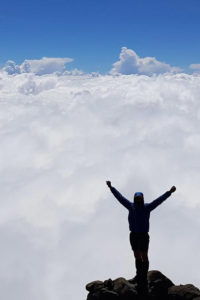 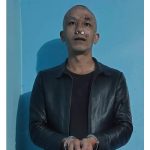