Bierling with Hawley at her apartment. Photo: Karin Steinbach

It is that time of the year for Billi Bierling, the managing director of the Himalayan Database. With Nepal’s mountaineering season commencing, Bierling and her small team have a lot on their plate. Meeting climbers before their expedition, talking to agencies and finding out who is coming to climb what mountain in the Himalayas is an everyday affair for Bierling.

She joined the institute in 2004 because she has a love for the mountains, but little did she know that the Himalayan Database, which she joined help the late Elizabeth Hawley, would become such a major part of her life.

“It is a lot of work, but I’ve thoroughly enjoyed doing this,” says Bierling. “The people I have met along the way and those that I continue to meet is what keeps me going. I would not trade this for anything.”

Even though many had felt that the Himalayan Database, after Hawley’s death in 2018, would have withered, Bierling along with the team set up by Hawley are determined to continue her legacy and make sure that the institution carries on chronicling people journey’s in Nepal mountains and act as a reference for everyone who wants to know anything about them.

Data from decades back

The Himalayan Database is nearly as old as the Himalayan mountaineering itself. It laid its roots in 1963 when Hawley, working for Reuters, covered the 1963 American Everest Expedition. Having enjoyed doing that, she continued to collect records of each expedition that happened in the country chronicling journeys of mountaineering legends like Reinhold Messner and Ed Viesturs.

“Back then, it wasn’t as commercial as it is now,” says Bierling. “It was just a few expeditions per year, which is why she’d drive her VW Beetle and go to the airport, which only had three international flights a week, and scan for climbers.”

But, as the commercial expeditions started in the early 1990s, Nepal started to see a lot more mountaineers. In 1993, American climber Richard Salisbury, impressed by Hawley’s dedication and work, gave her the idea of digitalising everything she had done in the past three decades. Taking the idea on board, Hawley then tasked two Nepali girls to do that. It took them 11 years to do so and in 2004, the Himalayan Database was born.

Since then, the team has expanded as well. Currently, it has six members including Bierling. What started as a passion project for Hawley has now become an institution. Climbers started to approach the Himalayan Database wanting their name on it. Nepal’s government along with various other international climbing institutions started to recognise successful attempts only after it was on the Himalayan Database.

“We report facts. Always have, always will do,” says Bierling. “Many people don’t agree with our ways and don’t want to be part of it. That is fine. But, what we do, we do it honestly. We go by facts and if the facts are correct, we don’t doubt summits.”

That said, they have had their fair share of controversies too. Climbers who claim to have reached the summit have had to be told they have not and that, with many, has not gone down well.

“There have been a few cases, especially with Manaslu, of many false summits. Miss Hawley used to tell me we are no judges but reporters, and that is the mantra that I go by till today,” she says. “As for Manaslu, if we are honest, only 10 per cent of the total climbers might have reached the real summit, but we’ve still given people the benefit of the doubt. That was the past; what we do in the future is now going to define how credible we are.”

The database has records of expeditions starting from 1905 up to the spring of 2020 covering nearly 500 peaks in Nepal. Each expedition record contains information that includes dates, routes, camps, use of supplemental oxygen, successes, deaths and accidents. The database is searchable by peak, climber, expedition, nationality, season, mortality rates and causes, and more.

There are selected preset reports plus the capability for custom searches and analyses. Each expedition record contains biographical information for all members listed on the permit as well as for hired members (e.g., Sherpas) for which there are significant events such as a summit success, death, accident or rescue. Each expedition record also contains literature references to major journals, magazines, books and published expedition reports.

These records in the Himalayan Database are considered important to climbers planning expeditions, to journalists and mountaineering historians needing ready access to historical records, and to researchers elucidating patterns of accidents, fatalities and supplemental oxygen use.

“It is quite holistic.”

The reason why it is so detailed is that the team spends a lot of time collecting information. Bierling says all of them spend roughly 30 minutes with each expedition team before the expedition and spend up to two hours once the expedition is over.

“If you’re a one-man team, we won’t take much time. But if we’re interviewing an expedition leader with 25 clients, we take as much as two hours because we will need a lot of details as not everyone makes it up to the summit.”

It is not just the summits that they record. They also have details of why climbers came back and from where. Records of people who died in the mountains and the causes of the deaths are also available.

“There is a reason why the Himalayan Database was considered an authority. If you need any information on Nepali mountains, the database has you covered.”

Leading the legacy ahead

When asked if Hawley’s strict process had made things simpler, Bierling says it has as she still uses most of what she learnt from Hawley.

“Technology has come a long way, but we still use the system that  Miss Hawley taught us.”

Bierling had assumed the leading role since 2016 when Hawley had stopped. She was 92, and having done it for over five decades, she was tired.

“She was very pragmatic. One day, she said she went blank while taking an interview and told me that she was stopping. She looked like she was done with the Himalayan Database and gave it to me and the team.”

But, Hawley’s legacy lives on. Having seen the importance of the records, expedition agencies in Nepal contact the database and ask them to put their climbers’ name on it. Even Nepali climbers who did not care in the past have now started to ask for their names to be put on the database. 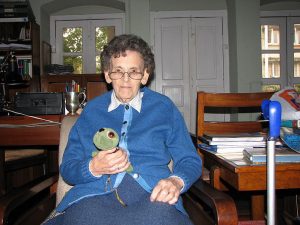 Elizabeth Hawley: The Himalayan record keeper is no more 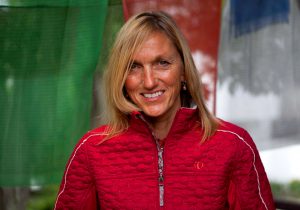 In conversation with first German woman to climb Manaslu and Lhotse