A teenage girl has died after being hit by a lightning strike at Dajakot, Musikot municipality-4 of the Gulmi district in the Lumbini province on Friday morning.

The victim has been identified as Karishma Gaha, 18, informs DSP Purushottam Prasad Pandey of the District Police Office. Serious injured in the disaster, she was taken to the Gulmi Hospital, where she breathed during treatment.

Meanwhile, other eight persons have been injured in the incident. Four of them have been sent to the neighbouring Palpa district for further treatment. Nonetheless, they are not critical, according to police.

Two houses have been destroyed in the incident. 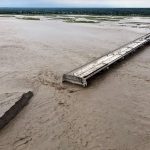 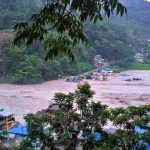 At least 7 killed in Sindhupalchok floods and landslides