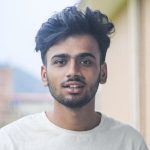 A few days ago, I was returning home from my campus on a local bus. There are always a number of vehicles that go to my residence, but unfortunately, I rarely find a vacant seat for myself. I often have to stand all the way.

The bus conductors do not like the air occupying the space inside the vehicle, so they request us to go to the back of the bus and occupy as minimum space as possible, creating frictional force among us.

That day, we were trying our best to fit ourselves in the space available. The temperature was high and the crowd was making it much more difficult. I was hearing the driver complain about the traffic jam that could delay the vehicle by around two hours. The cause of the jam was not clear, but the public inside the vehicle was already anxious by the news.

Then, the vehicle took a new route that I was not familiar with. The vehicle went along a gravelled road. Suddenly, it got stuck in sludge and tried hard to get out of that. After five minutes of the struggle, I went outside to see the condition of the road and I found that the whole road was totally full of sludge all the way.

I was already tired from the tedious schedule of classes, but the sweltering heat forced me to get out of the vehicle. I walked towards the main road while I observed the bus which was trying to get out of the sludge.

I reached the main road and I was pretty sure that I will reach home on my own. I walked there for around 20 minutes. Then, I realised that I was on the wrong route.

I was lost, nervous, tired and hungry at that time, and then suddenly, I saw a bus which goes via my residence so I followed the direction. I was taking random roads, and sometimes I felt that I was lost again, but at last, I reached my place. I did not have a proper idea about the routes that took me to my home.

Now, I will discuss various things that I could have done that day.

After reaching home, I started justifying my decision of walking off by giving shreds of evidence, but somehow I believed that the one who stays in the vehicle made the right choice.

I was not the only one who stayed out of the vehicle. There were people who encouraged me by their act and the burning heat did not allow me to think practically. Without proper knowledge about the vehicle’s past performance on overcoming such types of situation and the driver’s expertise on the incident, I got off.

When I had reached the main road, I noticed some of the familiar vehicles taking new routes from the main road, but I did not follow their route as I was confident that I could find the right track.

However, when I was finally lost, I realised that I needed to follow a familiar vehicle. When I found a bus that was going to my place, I could have taken that route, which could comfortably take me to my place, but I refused and walked. By exploring my mistakes, I believed that the one who stayed inside the vehicle was the winner.

Let’s discuss the psychological level of people inside the vehicle.

I will not talk about the people who have physical problems walking or have to cover more distance than me but will discuss the people who are in similar situations like me.

People inside the bus had to bear the burning heat. Human nature is that they are more likely to follow the one who takes counter-action. People who decided to stay inside the vehicle have to ignore that, which is very difficult. If one had experienced that type of situation in the past and if s/he had known the driver’s and the vehicle’s potential, s/he could have taken the decision very comfortably. For the people who were stuck in that situation for the first time, they had to calm their restless attitude, which is not a common trait among human beings.

The biggest hurdle for the vehicle was the sludge. If it overcame that, it would take 10 more minutes to reach my place, which took me one hour.

Inexperienced people like me could have thought logically by bearing some emotional pain as these types of incidents are common in the Kathmandu valley and the driver who took the vehicle to the new route must have some experience and logic behind it. The passenger can move in any other vehicle but the bus staffers have to wait as long as the vehicle stays there. Considering these things, the vehicle moving soon would be more likely.

Now, into the stock market…

In the stock market, the same type of situation arises. Inexperienced investors find similar situations frequently and react even on small knowledge they have got. Investors who enter into the market by others’ influence without any knowledge are more likely to be lost; if they do not understand which thing to follow, they will be lost forever.

The expectation of deluded logic leads you to trouble and the lack of adaptation leads you to unexpected trouble, which will break your motivation and confidence to enter the market again. By doing all unplanned things, investors will rarely gain any effective experience, and reacting on the basis of that experience will make the situation go from bad to worse.

When we are emotionally affected, the truth will look similar to our expectations. In the market, it is very important to see things as it is, without emotionally manipulating the fact.

In the stock market, experiences get built by taking the required action based on practical knowledge. Gaining sound experiences in the stock market is difficult because investors react without a proper plan. If the market is not performing consistently on your logic, it requires courage to trade with the same failed trading plan to confirm if this plan did not work out. These types of acts make you experienced. To gain experience, it requires adaptation to change trading plan and observation to upgrade it. There is a saying “first learn; then, remove ‘L’.”

Another important aspect of the market is reacting to the information. This sounds very simple, but it is very difficult to apply. For example, those people whose liver has been damaged by over-drinking do know that if they drink further, they might die. But, they still drink. It is because our subconscious mind is more powerful than the conscious mind.

In trading, investors have thrilling experiences when they enter the market. When we get into the market we feel thrilled, we want that thrill all the time like the addicted one. Even though we have pretty good information that at this time it is not worth buying/selling the stock, our subconscious demands thrill, which eventually makes us do exactly the opposite. So, it is very important to understand our own behaviour to be successful in the market.

A civil engineering student, Paudel is also interested in economics and the equity market. 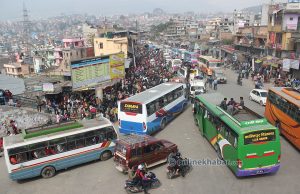 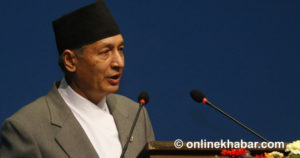 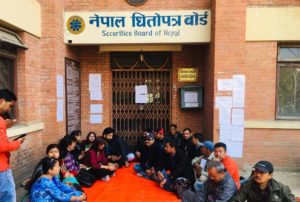 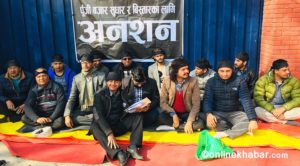