It’s Friday, but Nepali cinema-goers are not watching Nepali movies. Here’s why

Yet another Friday is upon us. One option that may top the list of things to do might be a visit to the nearby cinema.

One significant reason why films want a Friday release is because they want to cash in on the ‘weekend opening’. Films follow the mantra of  TGIF and hope to rope in viewers like us doing that. Like the morning shows the day, Friday gives a film a chance to make a handsome collection before the cinemas open for business on the weekend.

For Nepali films, however, two things keep prospective viewers away.

Film-making is an art. It is, arguably, one of the purest forms of creative output. While the creative aspect of film-making is one aspect of the entire process, the output that we see on the screen comes to us from an industry that employs craftsmen working behind the scenes to realise the director’s vision.

Like cinema-goers everywhere, Nepali viewers have also developed a ‘pre-testing’ habit. They check out the film’s trailer before considering spending money.

Viewers are a skeptical bunch. However, the fault isn’t entirely theirs. Nepali films’ relative non-participation in the media means that the viewers are not anticipating films. This is happening mainly because there is a lack of understanding on the part of the makers.

The case is different for Hollywood or Bollywood movies. Because social media and online partners support promotions so prolifically, even viewers in countries like Nepal don’t give a second thought about going to the cinema.

Animated films are generally targeted at children 13; hence the whole family goes for it without giving a second thought. A Bollywood love story attracts young viewers while a sci-fi film has a certain target segment; you cannot expect people above the age of 40 to remain unhinged during one of the shows.

This is how films are categorised worldwide, and that is how we as viewers subconsciously think. But the Nepali film industry is not structured, and films are distributed at random.

A few so-called ‘new age’ filmmakers attempt to grab the attention of ‘multiplex viewers’. What is ‘multiplex viewing’ is never clearly defined though. People who choose to watch Hollywood or Bollywood flicks in cozy seats at slick film halls, can be termed so. The niche market-targeted films aimed at multiplex-goers, do get to enjoy the opening week collection. But without the physical presence of a box office, this concept is certain to die out quickly.

Firstly, the industry needs to understand what a ‘box office’ really is. While for the general masses, a box office is a three-side walled ticket selling counter, for the makers and distributors,  it is synonymous to the extent of the business of a production. A good measure could be the ratio between the number of tickets sold and the amount the film raised.

The reason why the ‘box office’ is missing in Nepal is because there is no tool, or an authorised body that analyses these transactions.

Where there is no analysis, forming an interest group (‘fans’ as mentioned earlier) becomes impossible. Hence, Nepali films are randomly scripted, haphazardly produced, and hurriedly released. They then fall into anonymity.

What the audience needs to do?

We as members of the audience can supplement the promotion of films in in two ways: one is to keep track of this ‘box office’ business and the other is to demand a ‘film grading’ system. These two things can be done if we actively review any Nepali film we may consider watching.

Reviewing a film on social media circles can push new groups of viewers to watch Nepali films by their own choice. If we give creative inputs through our knowledge of international films, we can aid the makers towards making better films and subsequently compel the Film Development Board to form a box office system.

Due to the lack of stable systems like these, Nepali film-makers rush to produce a film and don’t give a second thought about promoting it. The viewers are then left undecided. We might have watched a horrible Nepali film few months back, and the bad taste may still linger with us.  Even the most promising trailer or the most well-put poster could then fail.

We then ask ourselves, “What are we doing this Friday? Are we going for a Hollywood big budget blockbuster or a sci-fi extravaganza? Or are we going for a Bollywood musical that will surely jump start our legs to dance underneath the theatre seats?”

Or are we still considering, or thinking, or pondering, whether the next Nepali film will even have a proper ending! 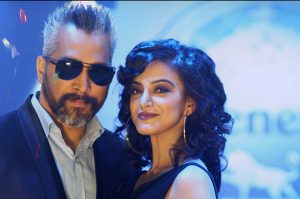