A site of the Melamchi Water Supply Project site that was severely affected by a flood in June 2021.

The government says it is not certain about resuming the ambitious Melamchi Water Supply Project owing to destructions caused by recent floods in the project area in Sindhupalchok.

Whereas a flood in mid-June had caused a loss worth an estimated Rs 2 billion, another flood this weekend made the government hopeless about the future of the project, informs Water Supply Secretary Pramila Devi Bajracharya.

Before the flood that began on Saturday night, the government was hoping it could resume the operation of the project by February next year. But, that plan has also been uncertain following the recent flood, according to her.

Speaking in a meeting of the Development and Technology Committee in the House of Representatives on Monday, the secretary said the floods completely buried the headworks area of the project.

Bajracharya informed experts have warned that the vulnerable geological situation in the upstream area could seriously affect the future of the project.

The Asian Development Bank, the funding partner of the project, has been asked to launch a long-term study into the situation, according to her. 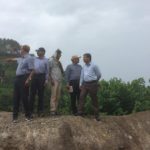 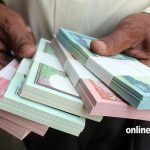