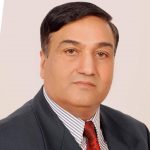 The concept of security is different depending on the perception and culture. No doubt, there are political, social, economic and psychological issues challenging social equilibrium, national independence and national integrity in any place. National characters and values also carry important weight to shape national unity. It is nationalism and patriotism that decide cohesiveness in national unity. In national security, the 3D concept defines the entire gamut worldwide. They are defence, development, and diplomacy.

Defence is perceived from narrow perspectives in Nepal. It is confined to military responsibilities only. But, border management including people and resource control, media management, good governance, rule of law and human rights are some key issues that help enhance the defence of a country. The burning questions are whether Nepal is capable to effectively manage these, and why it is fragile. Unless the answers to these questions are found, it will be vulnerable to security threats continuously.

From developmental perspectives, unless socio-economic development is rapidly strengthened, security cannot be ensured. It is not only a matter of infrastructure development; it rightly covers entire human security such as health, housing and overall livelihood. In fact, we could not effectively use the UN’s Millennium Development Goal opportunity that started from the beginning of 21 century till 2015 and now Sustainable Development Goals to be achieved by 2030 without this.

Due to poor managerial capacity, we are failing to meet the goals even in our pride projects one after another. On the social front, we are not able to ensure inclusiveness; gender discrimination is at an all-time high in governmental sectors. Dowry, child marriage, chhaupadi, witchcraft are a few problems that undermine our social behaviours. Corruption has deep-rooted impacts on all sectors of our society. Politico-social-economic structures are ruined and dysfunctional due to corruption. In a true sense, development is paralysed by corruption. Unless Nepali society is fully aware of the need for social exclusion of corrupts, the security threats will not minimise.

With respect to diplomacy, there are two schools of thought, as per our mythology, to strengthen national security: kuta yuddha and dharma yuddha. Like in the Mahabharat war, the victory went to the practitioners of the kuta yuddha although the war itself was described as dharma yuddha. Lord Krishna did not touch a weapon but used all diplomatic techniques in favour of the Pandavs. His own force was fighting against him and his allies, but his manoeuvre and tactics played a significant role to make the Pandavs winner. This is an example of the highest level of diplomacy regarding sacrificing own troops against the Pandavs to win in the Mahabharat Yuddha.

As per Kautilya’s Arthashastra, ‘artha’ means wealth or power and dharma means political virtue or ethical and moral issues in statecraft that our society has already left. Balancing the wealth power and ethical behaviours of the elites is important. In the materialistic world, all the business is related to profit and loss as the merchant considers, but the state has a superior role to protect its citizens. Kautilya’s Matsyanyaya philosophy talks about big fish swallowing small ones. Similarly, big investors exploit petty traders; that is why the government should care for justice and protect all. King Prithvi Narayan Shah’s Divya Upadesh is inspired by this philosophy that ensured justice vis-à-vis security in Nepal for a long.

Similarly, Thucydides says, “The strong do what they have the power to do and the weak accept what they have to accept.” For him, international relations allow the mighty to do as they wish and force the weak to suffer as they must. The philosophy is highly regarded as the Thucydides trap.

Geopolitics and security threats in Nepal

King Prithvi Narayan Shah considered British Raj as expansionist and China as a sleeping giant at that time. His understanding of ‘geopolitics’ was marvellous, but later, the autocratic rulers after him used the south and the north differently.

Of course, ‘geopolitics’ has pluses as well as minuses in diplomacy as to how the rulers use this tool to strengthen the security of a nation. Although unlike what happened in the recent Suez Canal incident, Nepal is also victimised from the geopolitics of critical infrastructure many times in its history. Suez Canal shortens distance connecting the Mediterranean to the Red Sea, and it was blocked by a vessel for a week halting a billion dollars a day in maritime commerce.

The Koshi, Gandak and Mahakali barrages are constructed by India on Nepali soil close to its border having critical geopolitical constraints, utilising the water resources for mutual benefits. The water distribution is one-sided, but the damp site is in Nepali arable lands. The proposed Koshi High Dam will be another setback on Nepali geopolitical history if we do not safeguard our interest and rights over the Koshi river.

In fact, international relations are dictated by geopolitics. As we know, politics deals with the technique of governing society whereas geography is the study of the earth, its features and lives on the earth. Politics remains very complicated due to its complexities in our relations. Nonetheless, it remains overriding to settle our disputes. And, with geopolitics, it is a relative analysis of influencing forces/powers in society and geographical relevancy.

Scholars agree that geopolitics is not only a science but is also a discipline that analyses various forces on a given territory. Science deals with knowledge, but to understand geopolitics, knowledge is not enough. Geopolitics being a discipline too, we need to have training that makes us willing to follow certain rules or to bear punishment if we break the rule. Misunderstanding geopolitics and lack of knowledge into it have led us to problems many times in our history.

Nepal’s geopolitics is debatable as a challenge as well as an opportunity from the days of its inception. King Prithvi Narayan Shah’s Dibya Upadesh is the first of its kind to define Nepal’s strategy and national security vis-à-vis foreign policy. Later, King Mahendra adopted a policy of non-alignment in the sixties. Accordingly, King Birendra proposed Nepal as a zone of peace in 1975.

With such a vision, Nepal’s diplomacy is at the crossroad in the 21st century when the USA and China have emerged as established and rising global powers. India is following them as a major global power inclining towards the quad concept, as the Asian NATO, to counter Chinese aggression in Asia. Nepal, being geopolitically sensitive, has been victimised many times to safeguard its territorial integrity and strengthen national security interest. Unless Nepal carefully revives the 3D concept and applies it creatively in national lives deliberately, its security remains fragile.

A retired senior official of the Nepal Army, Dr Bhattarai is also a security specialist. 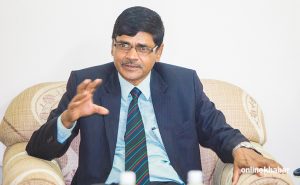