Cholera is an acute diarrhoeal infection of the small intestine caused by Vibrio cholerae bacteria. It spreads due to eating or drinking bacteria-contaminated food or water.

In developed countries, due to nearly universal advanced water treatment and sanitation practices, cholera is rare. However, developing countries like Nepal are prone to infection due to a lack of proper water supplies and sewage disposal. The infection is often mild or asymptomatic, but it can sometimes be severe and deadlier.

Recently, cholera has outbroken in the Kathmandu valley and is taking the face of an epidemic. Till now, the case count is just around 20 officially, but experts fear many more cases are not reported. To combat the risk, local governments in the valley have put a ban on the open sale of street food like panipuri.

However, this might not be enough. To save yourself from the outbreak, each of you needs to be aware of the cholera outbreak in Nepal. Hence, we are explaining to you everything you need to know so that you can learn from the past and save yourself in the present.

Going back to the history of cholera in Nepal, it was first recorded in 1823 followed by a series of epidemics that occurred in the Kathmandu valley in 1831, 1843, 1856, 1862, and 1887. In May 1886, the first scientific report on Nepal’s outbreak was published, which vividly describes the outbreak along with the demography, geography and sanitation and hygiene practices in Nepal at that time.

There was a gap in the public health history of Nepal for nearly a century following only a few reports, perhaps due to the political turmoil and trend of isolationism in the Rana regime.

Only in the early 1990s, a handful of studies began to surface in Nepal, but most of these studies were laboratory-based surveillance or outbreak reports. The seasonal nature of cholera was shown in the reports with most cases reported during the rainy or monsoon season, which starts in June and usually ends by October in Nepal.

Similarly, an outbreak was reported recently during the 2014 monsoon in Rautahat in the Terai region adjoining India; more than 600 people were affected.

Overall, nearly 20 per cent of the population of Nepal is estimated to be at the risk of infection by V. cholerae. Due to inadequate health facilities, poor water and sanitation conditions and a lack of education, every year, there are reports of cholera outbreaks from rural and urban locales, particularly in the hilly districts of the mid-western and far-western regions of Nepal.

Severe dehydration leading to kidney failure can be seen in the patients, and if left untreated, the condition can lead to shock, coma, and death within hours. It is assumed that about one in 10 people with cholera will experience these severe symptoms.

Although the disease may be a life-threatening epidemic, its prevention is normally straightforward; you just need to follow proper sanitation practices. The World Health Organization (WHO) has recommended focusing on sterilisation of water sources, sanitation (proper management of sewage and faecal sludge) and hygiene (washing our hands with soap or ash after using a toilet and before handling food or eating).

A large amount of infectious Vibrio cholerae is present in the profuse diarrhoea of patients, which when getting into food or water can infect a healthy population through the faecal-oral route. In order to stop bacteria from spreading, all the human waste from patients should be decomposed carefully and ensured that it does not contaminate anything nearby.

Hands should be properly washed by health workers and caretakers after touching anything that might be contaminated with patients’ faeces.  Unlikely other infections, cholera patients recover without any long-term consequences if treated quickly and do not typically become carriers of the V. cholerae after recovery but can get sick if exposed again.

The authorised bodies should spread awareness on the prevention, treatment and directions on how to decontaminate the water for avoiding a possible outbreak.

Similarly, a rapid dipstick test can be used to determine the presence of bacteria in the samples. Those samples that test positive in the rapid dipstick test should be further investigated to determine the antibiotic resistance of the bacteria. The most useful specimens for laboratory diagnosis are the stool and swab samples, collected in the acute stage of the infection, before the administration of the antibiotics.

In countries like Nepal where the disease is endemic (with seasonal peaks) or in a humanitarian crisis, the World Health Organization (WHO) has recommended the oral cholera vaccination be considered as part of the response to outbreaks.

Oral Cholera Vaccine (OCV) has been recognised as an adjunct tool for the prevention and control of the outbreak. It has prequalified three bivalent cholera vaccines—Dukoral (SBL Vaccines), ShanChol (Shantha Biotec) and Euvichol (EuBiologics Co.). Dukoral contains a non-toxic B-subunit of cholera toxin and provides protection against V. cholerae O1 whereas ShanChol and Euvichol are developed using the same transfer of technology, and have bivalent O1 and O139 oral killed cholera vaccines.

Although there exists no clear consensus, it is reported that the OCV could be deployed in a diverse range of situations from endemic areas and locations of humanitarian crises.

Likewise, the fluids (such as rice-based solutions, ringer’s lactate solution, oral rehydration therapy etc), electrolytes (such as potassium), antibiotics (such as doxycycline, cotrimoxazole, erythromycin, tetracycline, chloramphenicol, and furazolidone but only in severe dehydration) and zinc supplements can be used in the treatment of cholera. 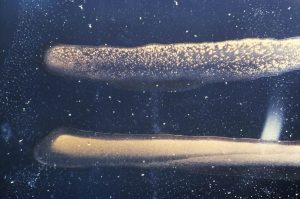 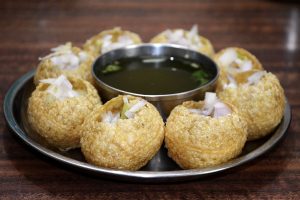 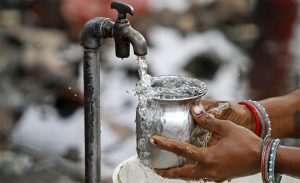