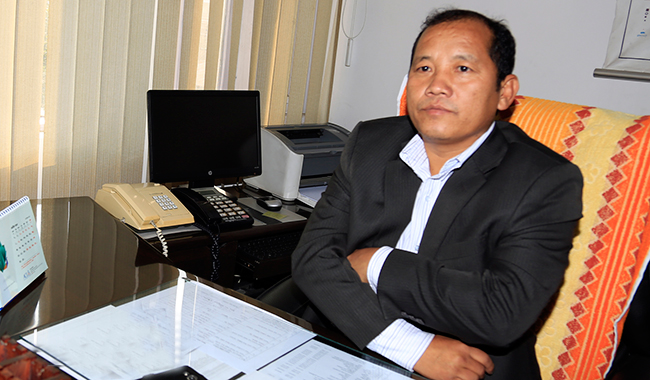 A government minister said on Thursday that Prime Minister KP Sharma Oli’s upcoming visit to China will focus on economic agendas that are beneficial for both Nepal and China.

While trying to improve relations with India, this government is also giving top priority when it comes to expanding relations with China, Supplies Minister Ganesh Man Pun told Onlinekhabar.

“We are trying to strengthen relations with China,” Minister Pun said, adding: Our efforts will come to fruition after Prime Minister’s visit.”

He pointed that talks are afoot on increasing the oil storage capacity, development of a special economic zone in Panchkhal of Kavre, operation of customs, including Tatopani, oil exploration in different parts of the country, road network expansion and promotion of Nepali handicrafts and herbs.