Onlinekhabar caught up with Chief Secretary Som Lal Subedi to talk about the public’s complaints against and distrust towards the bureaucracy. Translated excerpts from the interview:

Yes, the image of bureaucracy has taken a beating and this has happened for want of a conducive environment where employees can discharge their duties. In the absence of a conducive environment, one cannot expect government employees to perform well. In such a situation, it’s pointless to criticise them. Yes, there’s (political) intervention in the bureaucracy, but that’s not all. There’s no dearth of employees, who seek such intervention. This has only increased problems.

“The situation is such that service-seekers want to get things done using people in power.”

The situation is such that service-seekers want to get things done using people in power. If that does not work, they start saying there’s no system in place. This is wrong. If people help build a system, problems will gradually resolve.

Why do employees vist leaders’ houses, seeking transfers in certain districts? Why do they exert pressure through political leaders seeking their transfer in districts of their choosing? Factors like these have tarnished the images of government employees.

“Our system is such that secretaries do not have to be accountable to Chief Secretary.”

Whether they should have been accountable to Chief Secretary is a different question altogether.

The outcome would surely have been good if they had worked together with ministers concerned. But has it happened? What can a chief secretary do? He cannot even transfer a kharidar ( a non-gazetted second-class officer). No, there’s no need to transfer employees if they are performing well. Pity is, a chief secretary cannot fire employees even if they are not working. As per our bureaucratic structure, ministries should be accountable and chief secretary should offer suggestions. I have given enough suggestions, but their implementation is lacking. Bureaucracy has become weak because the chain of command is weak. That’s why I have been talking about (administrative) autonomy. Blaming politicians alone is pointless. Political leaders won’t know much if government employees do not frequent their houses (seeking favours). This would have reduced political meddling in the bureaucracy. 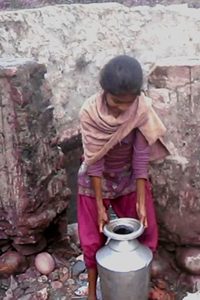 So, when will Kathmandu folks get to drink Melamchi water? In about a year, most probably