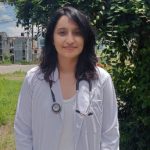 But, most cancers can be prevented if empirical knowledge on modifiable risk factors is appropriately used for policies and practices. To this end, particularly important is that we have clarity on which factors have the most impact on cancer risk, and which population groups to prioritise. Recent developments such as screening programmes and vaccination have been to a higher extent effective in the reduction of incidence of cervical cancer.

Cervical cancer has been identified as one of the major types of cancer in Nepal although it is preventable and treatable. Nepal, as a developing country, is more vulnerable to this disease thanks to the level of public awareness here. However, HPV vaccination can play a significant role here.

An increasing trend in cancer cases has been observed in many countries, but there is considerable variation across countries with a trend towards higher incidence in high-income countries. Changes in exposure to risk factors are found to be the key drivers of changes in cancer incidence while improvements in cancer diagnosis and data reporting are insufficient.

Cervical cancer is the most common cancer in women in developing countries. It is found anywhere in the cervix, the opening between the vagina and uterus.

Mostly, all cervical cancers are caused by an infection from the human papillomavirus (HPV). This form of cancer usually grows very slowly and can be identified by screening and can be prevented by HPV vaccination.

It is estimated that 85 per cent of people get an HPV infection in their lifetime. It is very common, especially in sexually active women, which is why cervical cancer prevention campaigns recommend vaccination for adolescent girls.

As per the Centre for Disease Control and Prevention (CDC) of the US government, after HPV vaccination, HPV infection and genital warts have dropped by 88 per cent among adolescent girls and 81 per cent among young adult women.

HPV vaccination can thus be beneficial for both men and women as it is one of the effective ways of cancer prevention.

As of today, Gardasil, Gardasil 9, and Cervarix are the HPV vaccine brand names that are available. Among them, Gardasil 9 has been the only vaccine approved by Food and Drug Administration (FDA) in the United States since 2016.

These vaccines are safer although they could lead to some minor side effects such as pain, redness, swelling, dizziness, fainting, nausea, and headache. However, these side effects are nowhere near fatal and therefore there should not be any concerns or fears regarding this vaccine.

Efforts should be directed to implement the vaccination and address the concerns with vaccine hesitancy in Nepal. Healthcare workers have the moral responsibility to inform their patients that most cancers such as cervical cancer are preventable with the endorsement of a healthy lifestyle and vaccination.

Dr Thapa is a gynaecologist.