Bijayapur: Once the capital of valorous state is now struggling to survive

Once again, the Integrated Urban Development Project in Dharan of Sunsari district, funded by Asian Development Bank, has come under the outrage of locals.

While people raised questions of transparency and sustainability of the project worth Rs 1.8 billion, this time they have accused the project of trying to destroy a site of historic importance in the name of development.

The latest episode of conflict started when the project stepped into the historic Bijayapur Durbar Square Area last year. The IUDP has planned to set up one of the seven water reservoirs at the centre of archaeological site.

Further, members of the local indigenous community have also blamed the local government for allowing the project to ‘invade’ the area in a chaotic fashion.

The move has infuriated four of the indigenous communities residing in the city. Demanding stern action against those involved, they have filed a writ at the Supreme Court on June 12 last year. Following the writ of advocates Prabin Pandhak, Manish Kumar Shrestha, Rajeshwari Maharjan and Santosh Bhandari, a Supreme Court division bench on June 28 issued an interim order barring the project from carrying out construction works at the site. A mandamus order on October 25 of the same year endorsed the bar. 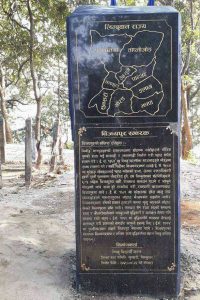 Dharan was known as Bijayapur until the mid of 19th century, when people to establish settlements on the southern lap of a historical cliff there. The town which was historically connected with the legacy of Bijayapur eventually came into existence as Chandra Nagar (now Purano Bazaar) after Prime Minister Chandra Shamsher JBR in 1900s named the town after him. Later, Prime Minister Juddha Shamsher JBR declared the town as Juddha Nagar (now Naya Bazaar) after him. It was much later that the city took the name of Dharan. Bijayapur Village Panchayat and Ghopa Village Panchayat were merged to form Dharan Municipality in 1960.

Scottish physician Francis Buchanan Hamilton in his writings has discussed Bijayapur and its founder Bijaya Narayan Raya (1584-1609 AD) referring to a statement from Agam Singh Raya Khumbu, a fled officer of Chaudandi kingdom. Noted historian Iman Singh Chemjong has written that Bijaya Narayan is the seventh generation of King Sanglaing, who ruled over the kingdom of Morang. Another chronicler Arjun Babu Mabuhang claims the ancestors of Bijaya Narayan were from a Limbu pedigree of Phedap region. The Sen rulers of Makawanpur infiltrated into the kingdom during Bijaya Narayan’s reign. The last rulers of this powerful state were Karna Sen as King and Buddhikarna Raya as Chautariya before its annexation to Gorkha in 1774. The ‘black seal document’ (shyama mohar) of Sen Era and other royal decrees significantly mention the existence of Bijayapur Kingdom. The descendants of the rulers have close ties to different clans of Limbu community till this date.

Nepal’s Department of Archaeology has enlisted seven monuments and sites as places of archaeological importance in Sunsari district: Pindeshwor Temple, Bishnupaduka, Sunsarimai Temple, Bindyabasini Temple, Dantakali Temple, Sanguri Fort and Bijayapur Durbar ruins. The remains of the fort still signify the legacy of glorified kingdom that once ruled the entire region of Koshi civilisation. But, the recent move of local government in cahoots with the ADB has forced the concerned groups to launch a campaign named ‘Save Bijayapur Durbar Square’. The Durbar Square Preservation and Struggle Committee has vowed to intensify their protest if the Urban Development Project and the local government overlook their demands. The Committee claims to have the support from all local ethnic communities, political entities, local residents, scholars and experts.

The campaigners claim the project has breached existing national and international laws by not paying any respect to the heritage connected with identity of locals. In particular, the Dharan Sub-Metropolitan City’s leadership has breached the Ancient Monument Protection Act, 1956 and the Local Governance Operation Act, 2017. They accuse the local government of adding another step to the deterioration of valour of one of the most notable kingdoms outside the federal capital.

They demand that the Department of Archaeology should take initiatives to preserve the vernacular edifice having archaeological, historical, artistic and aesthetic values and should carry out an archaeological excavation at the earliest.

If their suggestions are considers, the archaeological relics and stone carvings as well as other monuments which could be found during the excavation process could bring a new life to departed souls of the prehistoric capital.

The writer is a Save Bijayapur campaigner. 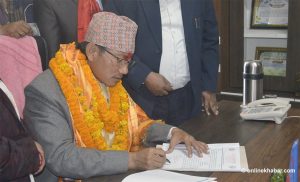 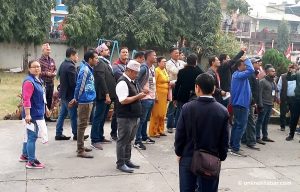 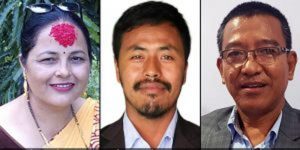 Microfinance staffer shot at in Dharan 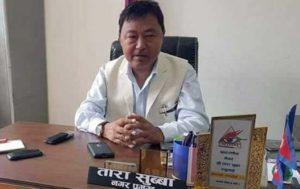