A woman was found dead inside this hut, in Changunarayan of Bhaktapur, on Monday, March 7, 2022.

A woman has been found murdered with her throat slit, at Bagare, Changunarayan municipality-7 of the Bhaktapur district, east of Kathmandu valley, on Monday night.

The woman who appears to be in her late 30s was found dead inside a shed made of zinc sheets at the centre of a vegetable farm. Her body was covered by rice hay.

DSP Raju Pandey says the woman was found half-naked, making the incident most suspicious. The victim is yet to be identified.

The body has been sent to the KMC Hospital, Duwakot, for autopsy and further investigation is underway. 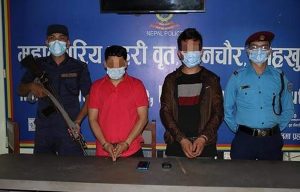 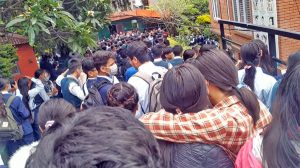