Besides Melamchi, Kathmandu needs robust groundwater recharge. These are critical places to improve the system 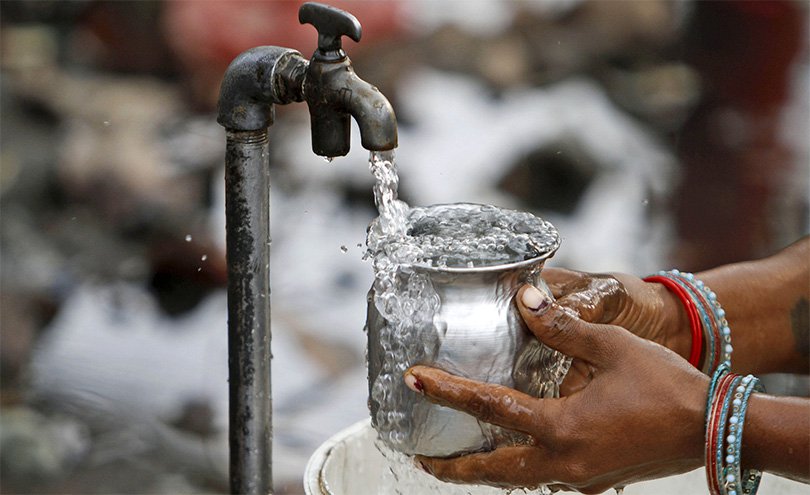 While Kathmanduites continue to believe that the Melamchi Water Supply Project will eventually quench their perpetual thirst, recent research shows that the ambitious megaproject will not be sufficient to meet the capital city’s demand. Pointing at the potential failure, these researchers further disappoint the public as they fail to give alternative solutions most of the times. Many view that improving groundwater recharge system could work, but they are helpless as Kathmandu does not have any space available for groundwater recharge; all the land is covered by cemented structures.

However, a new research project offers a beam of hope. The study conducted by three Nepali academicians has identified critical locations for enhancing groundwater recharge in Kathmandu Valley–though it requires a lot of effort from authorities and the general public.

Which are these locations?

The study by Anjana Dahal, Rajendra Khanal and Binaya Kumar Mishra argues these areas have lower runoff rates; suggesting the land surface in these areas absorb more water than other places. In other areas like the centre of Kathmandu and eastern and western parts, the runoff rates are high. If the land surface there receives any amount of water, it does not get stored and recharged, but runs off or flows away.

Khanal, who is currently associated with the Department of Civil and Environmental Engineering at Tokyo Institute of Technology in Japan, says various factors determine the capacity of land surface to absorb water. “We have used a variable called curve number, which is determined based on properties the soil of that land has. It is also affected by the type of land cover.”

“Our argument is that the higher the curve number, the higher the runoff rate. The maximum curve number is 100, where the land surface does not absorb a single drop of water.” According to him, areas with less built-in structures and more forest, vegetation and agricultural land has a lower curve number, suggesting they have better absorption capacity. Whereas the curve number of found low in northern and southern parts of the Valley, it was excessively high at the centre.

What will happen in the future?

The research has estimated curve numbers, and subsequently runoff rate and groundwater recharge capacity, of the Valley for the year 2030. According to Khanal, the scenario of 2030 will not be much different from 2011 for the places of northern and southern outskirts though there will be some changes in the ratio of different types of land covers. However, he predicts a significant increase in the curve number for built-up areas of Kathmandu Valley, from an average 54 to 85. It suggests the central Kathmandu may face a more severe water crisis in the future, but the periphery is likely to remain in a status quo for the next few years.

The research paper has given an estimated curve number and runoff amount for other areas of the city.

Khanal is certain that their prediction will come true in general. “Our past predictions have become true up to the extent of 60 to 70 per cent,” he says, “I hope it will be the same this time also.”

What needs to be done next?

Though there are still some places of groundwater recharge, Khanal alerts that everything depends on human activities, in particular activities about infrastructure development.

“Doubtlessly, controlling the population is beyond our capacity. We also need development. But, at the same time, we have to save water resources,” he says, “Therefore, the idea of development has to come with proper thoughtfulness and planning.” In order to make sure that the development process is sustainable, he suggests the government should adopt evidence-based policies. “It has to consult findings of research projects like this. The research works should not be kept in journals only.”

He suggests that the infrastructures including roads, parks, and yards should allow surface water to go down and get absorbed. The amount of greenery should significantly increase in the city and the periphery.

“For example, here in Tokyo, all roads are blacktopped, but most of them still absorb water abundantly,” he says, “Such models can be replicated to Nepal. There is no alternative to enhancing groundwater recharge.”

Improvements in the groundwater recharge system are imperative because the currently stored water is not sufficient for the Valley. Based on previous studies by other scholars, Khanal informs, “If the current rate of groundwater extraction continues, the underground reservoir dries up in next less than 100 years. Kathmanduites have been extracting groundwater six times more than the city’s recharge capacity.”

The researcher also states that neither the government nor the public should pin their hopes on Melamchi because it will not solve the crisis. The project will supply only one-third of the demand here. Even if Melamchi keeps its promise, total of 1.6 million people will not have access to water by 2050, according to him.

“The solution is not as far as Melamchi. It is within Kathmandu, under the land you are standing on.” 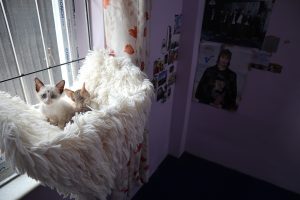 The Catmandu Lovers: A home for the orphaned