Locusts are likely to come to Nepal after decades. Why is it a concern for country? Some 60 years ago, locusts around Kathmandu and adjoining areas created havoc. They destroyed acres of crops. This, in turn, invited a famine, according to agriculture history books. The same species of insects that originates from Africa is possibly on its way to Nepal via Iran, Pakistan, and India, once again.

The possible incoming of the locusts in Nepal has drawn the attention of many including the Ministry of Agriculture and Livestock Development. Plant Quarantine and Pesticide Management Centre chief Sahadev Humagain says the locusts are a real threat to any agricultural area as they eats away everything, leaving the land barren.

Locusts are a species of (short-horned) grasshoppers that travel in groups. A group consists of grasshoppers in millions and travels in such a way that it clouds the sunlight. The locusts are infamous for travelling from one field to another and eating away the crops, from their leaves to branches and roots, in a short span. The species’ scientific name is Schistocerca gregaria. A locust’s hind legs are strong and bulky. It lays its eggs, about 60,000-80,000 in number, under sand, and does it three times in its lifetime. Its lifecycle takes up to 10 months, with eggs hatching in three months, turning adults in another three months, and completing the lifecycle in five months.

The size of a locust today is said to be 20 times bigger than the one seen 70 years ago in Africa, the Middle East and Gulf countries of Asia. The length of a swarm is also said to be somewhere around 130 kilometres at a time.

A specialty of this insect is that it can fly in the air for a long time and can travel the distance of 5,000 km in just 10 days. These insects like warm air and the strong winds from the seas can blow them away really far.

According to the Food and Agriculture Organisation, this insect can eat up to two grams a day. A 130-km long locust swarm means about 40 to 80 million grasshoppers that can finish the supplies of 25,000 people in a day.

Where did the locusts come from?

The world today is fighting the grave effects of the coronavirus pandemic that was first reported in China. But a couple of weeks before the pandemic, African nations including Kenya, Somalia, Tanzania, Uganda, South Sudan, and Ethiopia among others had started reporting a swarm of insects eating their crops away.

The same locusts were reported to have started travelling eastward. So far, they have reached Iran, Pakistan, and India.

The swarm of insects is travelling over the skies of New Delhi of India at the moment and is diverting its course east with the flow of the wind.

Why are locusts a problem? Recently, the locust has destroyed 500,000 hectares of crops including wheat, mustard, maize, and spices in areas of Punjab, Haryana, Rajasthan, Gujarat, and Uttar Pradesh of India.

These insects are deadlier than fall armyworms that created havoc in the USA in 2018. Hence, the Food and Agriculture Organisation (FAO) has categorised it as a plague.

The countries in the locust-affected areas are already making arrangements to fight the threat alongside the coronavirus pandemic.

How is the world reacting to it?

Given the nature of the insects, countries around the world are using biological methods and alternative agriculture models under the integrated pest management (IPM) technique to combat its effects. Pesticides are also considered an effective way to take control of the insects fast.

It is important that the countries spread pesticides even before the arrival of the locusts.

And, some African nations successfully analysed and spread pesticides before the infection could go worse. Somalia has already announced a national emergency. India has also formed the Locust Warning and Control System under its Council of Agricultural Research along with separate departments in Gujarat and Rajasthan. Pakistan also announced a national emergency last year to control the crisis. China sent 100,000 ducks to Pakistan to control the crisis.

Is Nepal in danger?

Considering the past, one can assume that Nepali districts near the Indian states–mainly Uttrakhand and Uttar Pradesh–are at a higher risk. Hence, there is a higher risk of the locusts entering Nepal from the western and south-western sides.

Before analysing the impact of the insect on Nepal, one must first look at the impact on India. India’s Rajasthan and Gujarat first reported the outbreak in 1993/4, which is said to have originated from Pakistan. The outbreak generally was reported during mid-May to mid-October. This year, the outbreak was seen first in Gujarat and in Rajasthan, some 700 km away, after that Punjab, Uttar Pradesh, and Madhya Pradesh also reported the crisis.

The early outbreak of locusts in April, not in mid-May, hints that there is a change in their behaviours and that it is getting the favourable environment to spread.

On the other hand, the two to three weeks from the onset of monsoon is the most favourable environment for the locusts to reproduce, which increases the chances of spread in Nepal even more.

According to the experts, the cause of the increasing size of locusts is the changing climate. Their population in the world has increased by 8,000 times. Such an increase had been recorded in the past as well where the cause was found to be the dryness in the environment. With that, their impact on nature was also long-lasting.

A ray of hope is that the incoming easterly winds through eastern Nepal from the Bay of Bengal can help redirect the locusts and stop them from entering the country.

How is the government planning to tackle it?

In a meeting held on Tuesday under the leadership of Agriculture Secretary, Rajendra Prasad Bhari, a new technical committee was formed to deal with the issue.

The committee will study and plan the possible incoming of the swarm of insects and their impact as well as how to cope with and minimise the effects. The committee will import pesticides if it deems necessary.

What can Nepal do immediately? 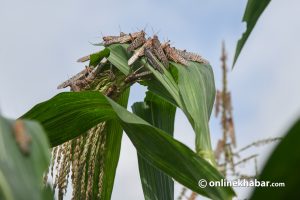 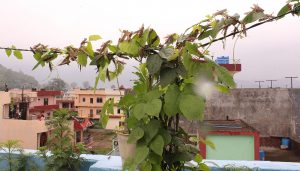 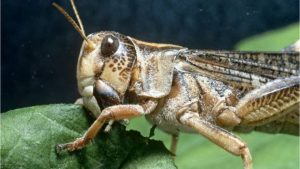