Hungarian airline Wizz Air is planning to fly to Nepal’s second international airport which came into operation on May 16 from September.

Currently, only Jazeera Airways has been operating its flight at the airport, but there are talks about Fly Dubai and Air Arabia flying to the airport in the near future.

“We hope religious tourism expands following the entry of another airline in the country’s new airport,” says Singh.

Over 6,000 passengers travelled from and to Gautam Buddha International Airport in 2 months 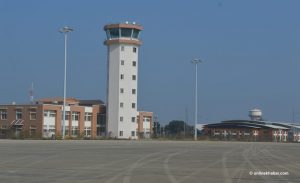