Bangladeshi Minister for Civil Aviation and Tourism AKM Shahjahan Kamal and Minister of State for Foreign Affairs, Shahriar Alam, along with senior officials of Civil Aviation Authority, have arrived in Kathmandu.
TIA Spokesperson Premnath Thakur told RSS that the kin of Bangladeshi nationals killed in the crash are accompanying the ministers.

Bangladesh is sending two senior ministers to Kathmandu, where 49 people, including 26 Bangladeshi nationals died in an air crash on Monday afternoon.

According to Nepal’s Ministry of Foreign Affairs, Bangladesh’s Minister for Civil Aviation and Tourism AKM Shahjahan Kamal and Minister of State for Foreign Affairs, Shahriar Alam will come to Kathmandu on Tuesday. Details of the visit are yet to be made public.

According to Bharat Raj Paudel, the ministry’s spokesperson, the kin of Bangladeshis who lost their lives in the crash will also accompany the ministers.

Following the crash, Prime Minister KP Sharma Oli had called his Bangladeshi counterpart on Monday to express his condolence over the death of Bangladeshi nationals in the crash.

US Bangla crash: ‘Pilot had resigned before embarking on flight’ 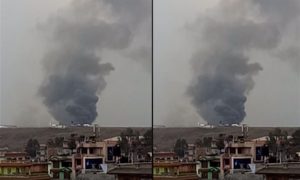