Why is UML so aggressive about Madhesh?

The party seems to be going after the Pahade vote, at the cost of the Madheshis’.

A few days ago week when leaders of major political parties met Madheshi leaders in Baluwatar, there was hope that an agreement would be reached, and the Madheshi movement, which has crippled public life for more than four months, would come to an end. Second-rung leaders of the ruling alliance, Nepali Congress (the main opposition), and the Madheshi Morcha had negotiated an amendment to constitution that would be acceptable to all sides, and a deal to set up a ‘political mechanism’ to resolve issues related to delineation of provinces.

But when the Baluwatar meeting ended, it emerged that the meeting further polarised the parties. Prime Minister KP Oli had apparently ‘lost his cool’, and everything was back to square one.

The incident adds weight to analysts who believe that in matters related to the Madhesh, the UML leadership has adopted a policy of aggression.

So why is the UML so reluctant to reach a settlement with the Madhesh-centric political parties?

Onlinekhabar looked for answers in the number of seats the party has won in eight districts of Province No. 2, during the last five elections. The figures show that the party has never had a commanding influence over the electorate in the districts that are now under Province No. 2. But even without significant wins in the eight districts, the communist party was neck and neck with Nepali Congress, thanks to UML’s strong base in the hills.

Until the recent past, the eight districts were considered Congress’ forte. During the first Constituent Assembly election, which took place after the first Madhesh movement, it was the Nepali Congress which had to bear heavy losses as it conceded seats to Madhesh-based parties and the Maoists. Ever since that, the Nepali Congress is looking for ways to make inroads into the Madhesh again. Analysts say this could be one of the reasons that the Nepali Congress insisted that the constitution amendment it tabled in Parliament when Sushil Koirala was Prime Minister be passed.

UML’s election scorecard over the years

The figures show that that party has never had a commanding influence over the electorate in the districts that are now under Province No. 2.

UML’s record in the Madhesh (Province No.2 ) has been patchy. During the first election in the post-Panchayat era, Nepali Congress emerged as the major force in the eight districts. During the 1990 election, UML could only win five out of the 33 seats allotted for the region. The party could not win a single seat in Siraha, Dhanusa, Mahottari, Sarlahi, and Parsa.

During the second election in 1994, there was a nationwide wave in favour of UML. This wave helped the party emerge as the biggest party in Parliament (and it ran a minority government for nine month), the party could not win a single seat in Parsa, Mahottarai, and even in Rautahat (Madhav Nepal’s home district). During the 1999 election, UML won 10 seats (two seats more than what it had won in the previous election) in the Madhesh.

Then came the CA elections

After the end of the decade-long conflict and the first Madhesh movement, political parties in Nepal prepared for the first Constituent Assembly election in 2008, and by then the number of constituencies in the 8 districts had been increased to 48 from 33. 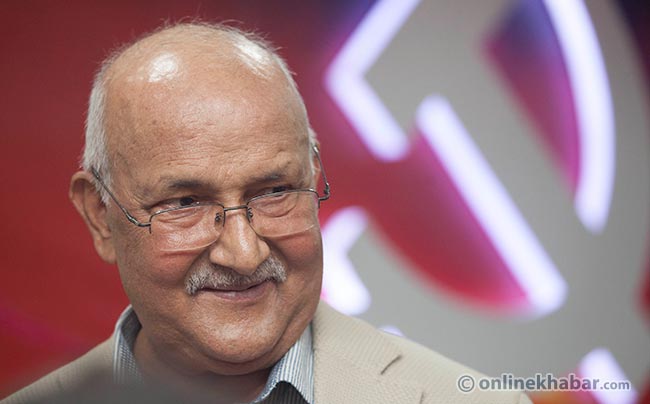 UML is too clever a party not to have thought this out well.

Traditionally, UML’s contest in the eight districts was with Nepali Congress, but with the addition of Madheshi parties and the Maoists (both carried the agenda of a ‘revolution’), UML was shook to the core. UML won only five seats. During the second CA election in 2013, UML picked itself up and campaigned aggressively in the region. As a result, the number of seats it won the region shot up to record 14.

Whither the UML influencers?

Many UML leaders who were the party’s main influencers in the region have quit. Jaya Krishna Goit is now part of an armed outfit; Jitendre Dev is with the Madheshi Morcha, and Ram Chandra Jha with Bhattarai’s Naya Shakti. Salim Miya Anasari, a prominent figure in the UML ranks, is also no longer associated with the party.

Carefully thought-out policy
Analysts believe that the policy is guided by the party’s election strategy. It is clear that it wants to curry favour with the Pahade community in the Madhesh. But the party is treading on a perilous path, and it might ultimately lead to the disillusionment of the Madheshi leaders within the party.

How eight districts will influence results in 75 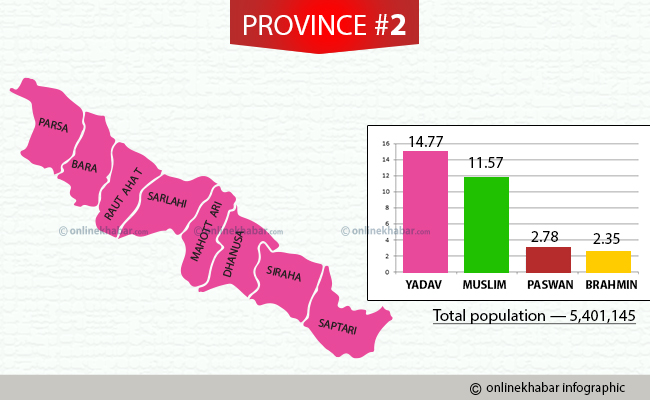 If the party continues its policy, it is likely to receive a setback in the election. Its stand on the eight districts will have an impact on the party’s prospects nationwide. When going for Pahade support, UML will lose out on the Madheshi vote, which is going to be crucial under the proportional system.

Similarly a policy of taking a tough stand on rights of the indigenous people and the Madheshis will backfire on the UML as Tharus and Madheshi live outside the eight districts.