Kathmandu Traffic Police Division has started taking action against motorbikes giving rides to the people through ride-hailing apps like Tootle and Pathao. Police say that the service is against the law. Since then a lot has been said about whether the government was right in taking such measures. But the issue is not as simple as it appears. Here are your FAQs on the issue answered.

What is Tootle and what is Pathao?

Tootle and Pathao are ridesharing apps available on both Android and IOS devices. The app shows motorbikes in the vicinity that are willing to offer you a ride. Both Tootle and Pathao function under a similar app-based transportation model. Anyone with a driving licence and ownership of a two-wheeler can sign up to be a ‘partner’ or ‘rider’ in cases of Pathao. Once registered, these riders can accept requests from customers. The companies are paid a cut from the fare. You can either pay them cash or with Tootle balance, which can be topped up using eSewa. Both companies claim to be legally registered as technology companies who pay taxes.

Why is the government taking action against riders?

Police are taking action against riders after Hello Sarkar (a government complaint redressal system) received complaints saying that the two companies were running illegal businesses. SP Jaya Raj Sapkota, a spokesperson for Kathmandu traffic police, says that police contacted the Department of Transport to check if the companies were registered with the Department of Transport; but they neither of them was. As both the companies are registered businesses, the police couldn’t arrest the company’s founders and decided to take action against the riders. What does the law state?

According to Section 8 of the Transport Management Act 2049, vehicles registered for private purpose cannot be used as a means of public transportation. The DoT citing the law has put a ban on the ride-sharing apps.

Who filed the complaint?

Sources say that transport entrepreneurs filed a complaint at the Prime Minister’s office asking for action to be taken against the two companies. Federation of Nepali National Transport Entrepreneur General Secretary Saroj Sitaula challenged the government and the lawmakers to take action against Tootle and Pathao. Arjun Gautam, President of the Nepal Meter Taxi Entrepreneurs’ Association says that the ride-sharing apps are operated by ‘mafias’ who have brought in foreign investment. He says that he will revolt against this system because it has hampered the taxi business. He further adds that the taxi drivers follow all the rules and regulations imposed by the government but these new ride-sharing apps did not.

What is Tootle and Pathao’s response?

Tootle’s co-founder Sixit Bhatta adds that the law which bars them from operating is outdated. He says that the Transport Management Act 2049 is meaningless as the internet was not in use when the act was introduced. Bhatta says instead of facilitating the growth of tech start-ups that have been addressing public needs and creating employment opportunities, the government is stuck on a 23-year-old law that hasn’t been updated to reflect the changes in society. He added that if the government does ban his company, it would give a wrong message to the younger generation who will have no option but to leave Nepal for innovation and invention. Pathao argues that as a foreign company, it is registered with the government. It further adds that the government didn’t oppose them when it registered itself as a ride-sharing app.

What are the issues surrounding these apps?

There is no doubt that both Tootle and Pathao provide services, but both have issues. One such issue is safety. Former Traffic Police Inspector Sitaram Hachhethu argues that he doesn’t feel that these ride-sharing apps are safe as they claim to be. He says that getting on a bike with a random person can never be safe especially for girls. However, Tootle’s Bhatta argues that the same can be said for taxis.

What is way forward?

Everyone seems to have an opinion regarding this issue. From taxi drivers to laymen to politicians everyone is talking about it. But the main question is what will the government do? When conflicts like these have taken place in the world there have been two outcomes. There is a chance that the government bans the companies. But it could also regulate them by introducing new laws bowing to public pressure. 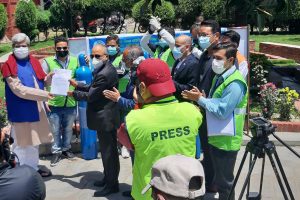 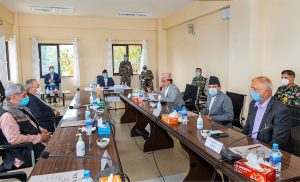 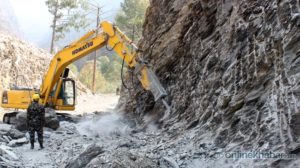