The ruling CPN-UML has lost a by-election held to elect a National Assembly member to represent the Lumbini province.

In the voting held on Monday, the opposition alliance’s candidate Drig Narayan Pandey of the Nepali Congress has turned victorious defeating his sole opponent Chandra Bahadur Khadka. Pandey secured 42 votes from the Provincial Assembly members and 118 from the local government officials. Khadka was restricted to 40 and 94 votes respectively.

Pandey was a member of the Lumbini Provincial Assembly representing the UML until early May. However, he had defected to the Nepali Congress protesting the controversial reappointment of UML’s Shankar Pokhrel as the chief minister. A deal was made to field him in the National Assembly polls at the same time.

Following the CPN-UML Maoist Centre removing Khadka from the party as he supported the ruling alliance, the upper house seat had fallen vacant.

As in the Bagmati province, opposition parties including Nepali Congress, Maoist Centre, UML’s disgruntled Madhav Kumar Nepal-faction and the Janata Samajbadi Party had formed an alliance against the ruling party.

Owing to the division in the then Nepal Communist Party, two positions had turned vacant in the National Assembly. The ruling side lost both as former home minister Ram Bahadur Thapa could not secure his position in Bagmati earlier this month. 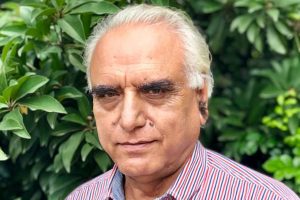