Right to strike: Why Nepal’s labour law is still incomplete and regressive 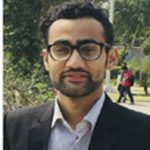 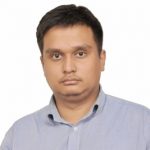 The strike is an industrial weapon to ventilate the workers’ grievances and safeguard their interests. The right to strike is an integral part of the collective bargaining principle included in national and international labour laws.

Nepal’s existing labour law, Labour Act, 2017, has also provided workers with the right to strike. Yet, it seems regressive as there are legal vacuum and unclarity.

Workers engaged in a strike: Intensity and threshold

Section 121(1) of the Labour Act mandates the collective bargaining committee a prerogative right to declare a strike. Section 116(2) of the statutory act mentions that collective bargaining committee is formed only in the entity where there are 10 or more labourers. When any organisation having less than 10 employees declares a strike, such strike shall be out-lawed ipso facto.

Section 2(q) of the Industrial Disputes Act, 1947, of India has mentioned stoppage of work by more than one person also amounts to a strike. It validated strikes committed by two or more persons as legal and valid. Nepali provision seems to be inspired more by utilitarian philosophical tradition. It seems to be minimal labourer-friendly. Such Nepali provision has defeated the preamble of labour law which aims to end labour exploitation and promote the rights and interests of the labourer.

The labour law of Bangladesh has a provision that any strike lasting over 30 days may be prohibited and declared illegal. The duration of the strike has not been mentioned in the prevailing labour law of Nepal.

Fresh election mandate for the strike

Unlike the previous act, the new labour law does not mandate a secret ballot for declaring a strike. As per section 121(1), labourers can go on strike simply by giving 30 days prior notice to the employers, local administration, and concerned labour office. Although it has procedurally made it easy to resort to strike, it has not considered the fresh mandate of the workers. Section 121(1) has undemocratised the right to strike concentrating more power on the trade union.

The ILO Committee on Freedom of Association, interpreting the Freedom of Association and Protection of the Right to Organise Convention, 1948 (No. 87), has accepted “the obligation to take strike decisions by secret ballot” as a prerequisite for the declaration of a strike. In Bolivia and Guatemala, three-quarters of the workers’ vote is required to declare a strike.

Strikes are categorised as — tools down strike, go slow strike, sympathetic strike, hunger strike, etc. The labour law does not identify any categorisation of a strike. Such categorisation of a strike is necessary because the intensity of the different nature of the strike differs. For instance, workers doing a pen-down strike for just an half hour per day and giving half remuneration as per section 127(3) treating it simply as a strike would be unjustifiable to workers.

Indian Supreme Court in the Kambalingam vs Indian Metal and Metallurgical Corporation case invalidated the sympathetic strike stating “the mental element on the part of the striking workmen to pressure their employer for redressal of their grievance is not present.” Nevertheless, it should be included in the labour law of Nepal as it would pressurise the employer to fulfilment of collective demands and help internationalise the present labour movement of the world.

Furthermore, as in the hunger strike, there exist many questions such as what if the employee died in case of hunger strike, and who needs to pay compensation to him/her. Thus, the Nepali labour law has not defined different strike actions. The recognition would permit definitive conclusions to be drawn regarding the legitimacy of the strikes.

The labour law has not mentioned the legitimacy of national-level general strike calls by all trade unions against the government labour policies. The prevailing labour law has defined the strike merely as a tool for collective bargaining with employers. In a tripartite labour framework, a strike also needs to be broadly defined as an action against the government labour policies affecting the worker’s interest.

Freedom of Association and Protection of the Right to Organise Convention, 1948 (No 87), Article 10 mentions worker organisations as those that defend and promote workers’ interests. The Committee of Freedom of Association has interpreted article 10 as a “strike is valid so far as it is utilised as a means of defending workers’ economic interests”. Therefore, it has validated both strikes against the employer as well as against the stated labour policy. In a bid to prevent possible protection against the labour policy, the state cannot restrict the application of the right to strike against government policies.

Remuneration for a period of the strike

The outlawed Labour Act, 1992, in its section 82 mentioned that the remuneration for the period of lock-out declared illegal shall have to be paid to the workers or employees. However, the act did not contain any provision relating to remuneration in case of unlawful as well as lawful strikes. In contrast, the prevailing Labour Act, 2017, in its section 127(3) mentions that in event of a legal strike, the employee is entitled to half remuneration, except in the circumstances that the collective agreement does not mention remuneration. The act would have been more labour-friendly had the labourer engaged in the legal strike been entitled to full remuneration. Since the right to strike is the right of labourers, it should not be discouraged. Philosophically, when the act is right, the consequences of doing a particular act should not do injustice.

Ultimately, the judiciary may also end up interpreting the notice made through misuse of power as legally valid. For instance, on February 17, 2004, the government issued a notice in the Nepal Gazette that the hotel and banking sector fall within the essential services, going against the ILO Committee on Freedom of Association’s recommendation that “banking and hotel services do not constitute essential service”.

Advocate Durga Bahadur Ale filed a writ petition against the notice, but the full bench made a hyper-literal interpretation of section 2(a) of the Essential Service Operation Act and validated such notice without looking at the intent of the government. Patan High court repeated the same mistake stating, “protest inside banks is against the Essential Service Operation Act 2014, which has kept the banking sector as a sector that provides essential service to the public through publishment in Nepal Gazette.” In May 2019, the government again listed the tourism sector (motels, hotels, restaurants, resorts) as an essential service.

There is an urgency to close these serious gaps in the labour law on the right to strike to protect and strengthen the legitimate interests of workers.

Baral is an advocate, currently pursuing LLM at Purbanchal University.

Basnet is a public policy scholar at Kathmandu University School of Management. 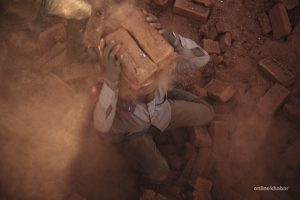 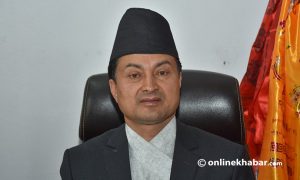