Ram Kumar Mahato dreamed of being peon, but he is joint secretary today

When the Public Service Commission called for applications for the vacant posts of joint secretary in September last year, Ram Kumar Mahato was preparing for another examination: for the position of an undersecretary. However, he did not know that he was never going to be an undersecretary; maybe something better could be waiting for him.

Having failed the undersecretary’s examination thrice, he had not given up. Instead, he had doubled his preparation as it was the only goal in Mahato’s mind – to become an undersecretary.

Mahato had three master degrees. He had been serving as a section officer for eight years. Therefore, he was also a worthy candidate for a joint secretary. Without hoping that he would become a joint secretary (because he had failed a juni0r-level exam thrice), for the first time, he also attended joint secretary examinations on December 18, 19, and 20 last year.

At that time, Mahato was serving as an administrative officer at Shailung rural municipality, Dolakha. “Honestly, my aim was not to be a joint secretary. I didn’t even expect it to happen,” shares Mahato, “As I was serving as a section officer, it would have been enough for me to get appointed as an undersecretary.”

Unexpectedly, the commission published results of the joint secretary exams earlier than those of undersecretary exams. Again, unexpectedly, Mahato’s name also appeared on the list of 10 recommended for the appointment.

Though not hoped for, the result was a matter of pride for the people of his Kuswaha (Mahato) community as he was the first to be a joint secretary from the community. Eight years ago, he had become the first section officer from his community.

“Earlier, also because of my office responsibilities, I could not prepare well for the undersecretary examinations. Then, I attended some mock tests at different institutes and learned tips. Along with reading, I also practised writing a lot,” Mahato’s face brightens while sharing this, “Then, finally I got selected as a joint secretary.”

When 40-years-old Mahato became a joint secretary, he suddenly remembered what had happened some 20 years ago.

Mahato posted a photo of his entrance card for the peon examinations on his Facebook timeline and wrote, “For the national service, a post is not an issue. If one continues to work hard and serves diligently, one does not have to look for position, prestige, and opportunity, it will come to you itself. At that time, I only had an SLC certificate, and now, I have four master degrees. I have got this important responsibility to serve the nation. I will faithfully dedicate myself to the service.”

No success can be achieved by separating the achievement from its foundation. Of course, Mahato remembered his own ground at the time of his success.

Progress in the past

If Mahato’s brother had not been selected as a postal staffer (Hulaki Mukhiya), he probably would not have known about the Public Service Commission for a long time.

The traditional occupation of Mahato’s community is vegetable farming. When he was young, he also used to work in the field every morning and evening and go to school in the afternoon.

Around 80 per cent population of his village in Mithila municipality-2, Dhanusha, was that of Mahatos. At that time, for them, only teachers were government jobholders. Other than this, they knew nothing about government jobs.

“Being motivated by my brother’s achievement, I came to realise that by studying also, one can get a government job. That is why, immediately after my SLC examinations, I collected books to prepare for Public Service Commission examinations,” he says, “That year, many positions of the peon level were vacant; I also applied for that post and took the exams.”

Newspapers were the most resourceful study materials for him. After completing the proficiency certificate level, he started looking only at the preparation books for Public Service Commission examinations, leaving the campus textbooks aside.

At that time, the civil war was raging on. The, then Maoists attacked Dang. Mahato had to go to Tulsipur to give examinations for the post of assistant accountant. He recalls, “I had made public service the sole purpose. So, I went to give the exams, all frightened.”

The same examinations made Mahato an assistant accountant.

For Kuswahas who considered vegetable farming as their life, Mahato’s government job became a sensation. The news that he got a government job surprised many. Many did not believe it. Some suspected that he had got this job just because of the connections he had with other people. Many asked him several queries about the examinations. He used to reply, “You cannot write the exams in Maithili. One should work to make their Nepali language better.”

There was no limit of happiness in the Mahato family when he got the first job. Mahato mentions, “When I got the job, there was a big party at home.”

He was only 20 when he reached the District Ayurveda Health Centre, Salyan, in 2002/2003 as an assistant accountant. He entered the field of public service from his student life.

Though he had thoroughly memorised the pages of an accounting book, he was unaware of socialisation, and working styles. Hence, he also got humiliated due to his young age. “I just understood the rules and always tried to work accordingly. But, there was a lot of pressure at work,” he opens up, ” I have cried many times because I could not bear the pressure when I objected to working violating the rules.”

After becoming an accountant, he dreamed of being an accounting officer. Colleagues also used to encourage him, saying, “You have an excellent command of the language. You can try for officer level.” All of this strengthened Mahato’s self-confidence.

In the meantime, he was devoted to studying. He says, “I used to be fond of editorials of different newspapers. I didn’t enjoy doing anything other than reading an editorial.” He was fascinated by the sweetness of language and logic of the editorials.

Getting up at four o’clock in the morning, commuting to and fro house and office, and studying after returning home in the evening used to be his daily routine. Following the same routine, he attended the officer’s examinations twice. Although he did not get selected, he never got disappointed. Instead, he thought if he had not worked hard enough.

Then again, he started to study very hard for the officer’s examinations. Finally, in his third attempt in 2012, he became an officer. Mahato boasts, “If I start anything be it study or work, I want to take it till the end or finish it.”

“After becoming an officer, I had arranged a free Public Service Commission examinations preparation class in my village,” informs Mahato, “We could teach only 40 people, but more than 100 people would come to attend the class.”

While his reputation was on the rise in his community, Mahato had to face many difficulties at his workplace.

When he was posted in Lahan municipality, he cleaned his workplace that was engulfed by spider webs. In collaboration with the army and locals, he intensified his efforts for the cleanliness of the locality. He says, “Later, there was a similar kind of awareness in the public that they started engaging in spontaneous sanitation.”

But, for almost a decade, there has been an underground gang in Lahan. The office staff rarely stayed at the office. Most of the employees worked secretly. At such time, going to the office was a big challenge for Mahato.

Without a doubt, he was targeted by that underground group. He kept getting threatening calls from Indian cell numbers.

However, Mahato’s ethics did not allow him to pay the bills for and hand over bundles of money to the underground gang. He used to reply to them, mentioning the scale of his salary on the phone, “I can’t ask the staff for money to pay your fake bills.”

He was soon transferred to Dhanusha District Development Committee. Again, he got transferred to Gaushala municipality, Mahottari. There, too, he developed the culture that employees should speak kindly to service recipients. “There’s not much to do. Even if the staff just work smilingly, the people will be happy,” he shares “People of that locality still want me back.”

He was posted at the planning section of Ishwarpur municipality in Sarlahi then. It was natural for him to clash with political leaders and activists from time to time. There, he became a target of provincial MP Sanjay Yadav. The reason: Mahato did not act according to the wish of Yadav in many projects.

One day, Yadav threatened to kill Mahato if he stayed at the office. At that time, he replied to him politely, “If it will be good by killing me, I will come wherever you want. But, the office will take action against me if I was not at the office. ”

However, the threats continued, and he had to reach out to the media with audio recordings.

Most of the people in the Terai region used to be happy to see Mahato’s face in an officer. While returning from work, people would say, “Oh! Our people are here.”

For the past four years, he had been preparing for the undersecretary examinations, along with his office work. He says, “I mostly lived in rural areas. While staying there, I didn’t do regular works only, I also studied people’s suffering and the geography of the place. Later, I expressed those experiences during the exams.”

He never stayed in Kathmandu, not even for a month to prepare for the examinations. Rather, he had allocated all the time except his working hours for studying.

Sharing his experiences, he suggests, “Just to study hard, one should not risk their health. But, sometimes, I have stayed the whole night to complete one chapter.” However, he believes his success was a result of practical experiences and insights, besides the study.

Now, he has thought to provide exemplary service to the public. 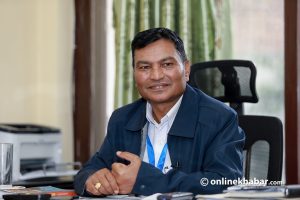 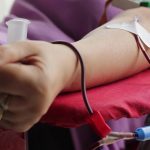 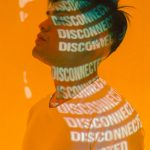 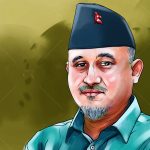