Prime Minister KP Sharma Oli has claimed the government will make available as many Covid-19 vaccines as needed for the country from next week.

Addressing a central committee meeting of his CPN-UML party at his official residence in Baluwatar this afternoon, Oli said the government has already made arrangements to procure vaccines as needed.

His statement comes at a time when around 1.4 million senior citizens above the age of 65 years who had had their first dose of the vaccine several weeks ago are waiting for the second dose.

Apparently, Nepal is preparing to bring around 4 million doses of Chinese Vero Cell next week under a controversial non-disclosure agreement.

Last week, Oli had said the government would administer the vaccines to all the citizens by the end of 2021.

Meanwhile, the prime minister also accused opposition parties of blocking the vaccine supply as they wanted to import the vaccines once they would form the government so that the credit would go to them. 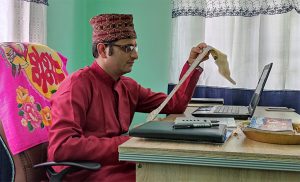