Parliament’s State Affairs and Good Governance Committee has approved the Adverting Bill with a provision to implement clean feed as soon as possible.

The committee has given cable operators, which have already signed a broadcast agreement, a year to implement clean feed. However, the clean feed will be applicable to newly registered channels which will be broadcast in Nepal.

The committee has added a provision which will make it compulsory for businesses who advertise their products on social media to enter details of the company, address and other official documents. 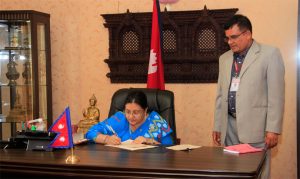