Newas, who reportedly have been living in Kathmandu Valley since the Kirat dynasty, are considered the ‘original inhabitants’ of the capital city. Kathmandu’s cultural identity mostly constitutes various dimensions of Newa tradition. What stands out among these aspects of their culture is Newa architecture.

Until a few decades, most houses in core city areas of Kathmandu Valley had a unique architecture. But, such houses are gradually disappearing. Following the 2015 earthquake, the disappearance has become quicker–apparently because the houses have to be modern to become stronger enough for next earthquakes.

But, experts say  Newa architecture does not necessarily mean weak structures which have to be replaced for earthquake resistance. Instead, they stress its conservation so as to retain every aspect of the Valley’s centuries-long culture.

“After the earthquake, the house which I lived in came down. We barely made it out alive. We don’t want to build it the old way because it’s weak and I don’t want my children to go through the trauma again,” adds Kumar Shakya, a resident of Thaiba in Lalitpur.

His thoughts are echoed by Rohit Ranjitkar, Programme Director at Kathmandu Valley Preservation Trust (KVPT), who says, “A human body needs regular maintenance. So do these buildings. One has to especially protect them from seepage and dampness. But people don’t realise these factors and take the easy way out by demolishing them and make modern buildings.”

According to Chitrakar, the Newa architecture is a gift of the rich Newa civilisation; hence it has to be conserved well.

“We don’t know who in particular brought this type of architecture, but we know that it did come with the Newa civilisation,” he says. “The Newa community has evolved drastically over the years as many people came and lived in the Valley and the architecture evolved with them.”

Why are these building weak?

Another reason for such weaknesses, he argues, is the use of mud mortars in these buildings. “These mud mortars in a few years separate from the bricks, which then act like two different entities and because of that the walls become weak. It makes the houses quite vulnerable during big earthquakes,” he continues. Why do people opt for new buildings?

Chitrakar believes that people stopped making these houses using Newa architecture for other reasons than earthquakes.

“In Nepal, there is a general feeling that people who live in old houses are poor and for that reason, I’ve seen many demolish their old houses and live in modern RC buildings.”

An example of that can be seen in the old Newa town of Bungamati, south of Patan. Once full of Newa architecture, the town hardly has any such houses now. One of the reasons that happened was the earthquake; but for most, it’s about showing the society that they are well off too.

“I lived in the house, which my grandfather built, for 30 years,” adds Krishna Shrestha, an inhabitant of Bungamati.

“Having lived in it for so long and seen everyone making newer houses, I too decided to build one because I wanted to be respected in the society too. And I’m glad I did because it would have crumbled like everyone else’s during the earthquake.”

Shrestha is not the only one who has done this. The entire landscape of the Valley has changed in the last decade. Old pictures that emerge on social media are proof of that. The thatched roofs have been replaced with concrete houses.

“I feel that the landscape changed because it’s convenient to make modern houses. It gives us more space and also the materials and the skill needed to make them are easily available,” adds Chitrakar.

“If you look at it, the skills to build these houses are slowly diminishing. Making an old house requires a different skill set compared to the modern houses and we have become so lazy people, always opting for the easy way out.”

He has got a point. If one has the option between making an old house and a new RC house, they prefer to make a new one. “The modern buildings are extremely practical and as an engineer, I am never going to recommend people to build old style houses.

RC buildings are more ductile, which during major earthquakes have more chances of standing compared to masonry buildings,” adds Gautam. So why protect old houses?

“We are very proud of how many tourists visit us in a year, but do we think about why they visit us,” asks Ranjitkar. “They come here to see our culture and heritage which includes these buildings and that is the main reason we need to save Newa architecture for future,” he adds.

He says that the need to have these buildings especially around heritage zones is important because these houses, built using Newa architecture, complement the palaces and temples around the area. Local are gradually learning to understand this, according to him. “We can see that many B&B’s have opened at such houses around Patan, which means that the people are aware that tourists like Newa architecture. They are now aware that old houses also generate money which is an important factor when it comes to the conservation and protection of Newa architecture,” adds Chitrakar.

Even structural engineer Gautam sees the need to protect Newa architecture. “It’s really important to save them as it keeps the city vibrant. Easy examples are some European cities, like those in Italy and the Czech Republic which have preserved their culture and heritage extremely well.  If you look at it, Kathmandu Valley is like a living heritage and for that to continue, we have to preserve these buildings and make them culturally significant too.”

So how to protect old houses?

The old houses are part of Kathmandu’s cultural heritage. It is something that tourists from all over the world come to see, which is why there is a need to protect them. But how can we do that?

Structural engineer Gautam says that it can be protected if they are strengthened using modern techniques.

“One technique we can use is retrofitting. People feel that retrofitting is confined to neoclassical Rana buildings, but it can be used and is being used in masonry buildings too.”

Apart from retrofitting, he shares that the use of mortar can be improved too.

“I don’t say that one has to build these houses using cement. You can use mortar to build them, but we have to select good mud while doing so. We’ve seen many people use black clay while building houses, which we don’t prefer. Rather than doing that, mixing cow dung can enhance the mortar and make it stronger,” he shares.

Chitrakar has his own views. “I feel that periodic strengthening is very important when it comes to old buildings. If we regularly maintain them, they will not crumble down during quakes,” he adds. 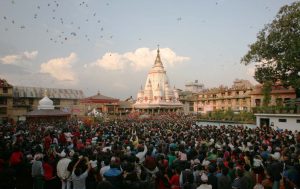 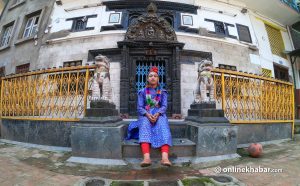