A low-cost carrier from Thailand, Thai Lion, will start its operations in Nepal from May 16, says the government.

After Thai Airlines, it will be the second carrier from Bangkok and will operate from the Don Mueang International Airport.

Thai Lion has received a permission to operate seven flights every week; however, slot times are yet to be fixed by the Tribhuvan International Airport, according to the Ministry of Culture, Tourism and Civil Aviation.

With this, three airlines including the Nepal Airlines will operate direct flights between Kathmandu and Bangkok.

A total of 30 airlines travel to Nepal from international airports on a regular basis.

Sister airlines of Lion Air, Thai Lion, flies to 22 destinations in the Asia-Pacific and will fly the Boeing 737-800 aircraft.

This, however, will not affect any transit flights as it only files around the Asia Pacific however it should be cheaper to travel to Bangkok.

Salam Air from Oman, which commenced international operations from January 2017, has also applied for operating operations; but is yet to receive permission from the Nepal government.

As of now only Oman Air, the national flag carrier of Oman, has flight services between the two countries with 15 flights per week.

Nepal and Oman had revised bilateral air service agreement in 2014 allowing designated carriers of respective countries to operate up to 28 flights a week. 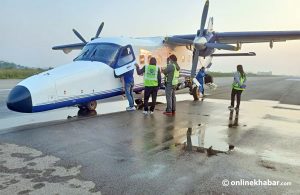 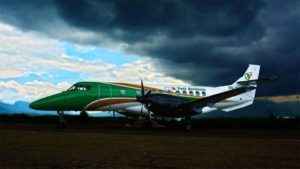