The Nepali Embassy in New Delhi, India, has informed that the Nepali citizens will not be allowed to take any international flight, whether back to Nepal or to any other third country, from the New Delhi airport if the Nepalis have gone there via land route.

The embassy clarifies that immigration officers at the airport do not put a departure stamp on Nepali passports only if the passports do not have an arrival stamp put at the airport.

With the decision, Nepalis who can choose to back to Kathmandu via flight after going there via road will be barred from boarding a flight. Likewise, Nepalis travelling to any other country will not be allowed to take a flight if their passport does not have an arrival stamp.

The embassy says the decision was made in its bid to control human trafficking.

‘India eager to carry out study on Kathmandu-Raxaul railway’ 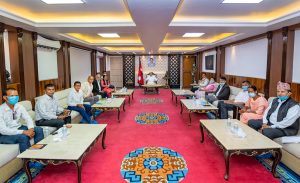 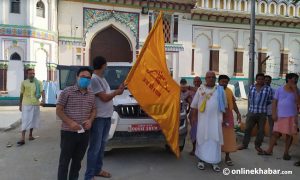