Previously, the committee had decided to hold the general convention from September 1 to 4. However, due to a dispute within the party regarding active members, NC couldn’t hold it on time.

The committee also announced that active members of NC have to give in their names by August 18. The party’s election directory will also be finalised on August 18, informed Biswakarma.

The party will begin the general convention process on September 3 after it holds its ward convention. As soon as that is complete, it will hold its local level, province and federal electoral constituencies and districts by October 29.

Nepali Congress has to conduct conventions at eight different levels before the general convention where the party will form a new committee and elect a new party leader. 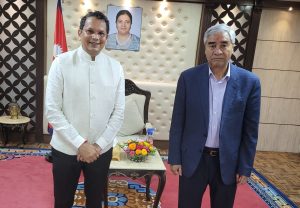