Recently, we have already provided you with the list of online games you can play during this lockdown in Nepal. But, a slow internet connection can abrupt your game and make the gaming experience worse for you. Also, your battery is consumed more when you play online games and you may not want that.

Well, you do not have to worry as, today, we are going to provide you with some of the best offline mobile games that you can enjoy whenever you have leisure.

Ludo King was probably the most played offline game in Nepal during the lockdown last year and there is no reason why it cannot be enjoyed this time as well. Ludo King is based on the ludo board game. There is no need of explaining how the game works as everyone is pretty much familiar with the board game.

The game has four modes. You can play against the computer, online multiplayer, private multiplayer or local mode where you pass and play. This game is a great way to spend a fun time with your family.

Subway Surfers is an endless runner mobile game. The player takes the role of a young graffiti artist who is chased by police for being caught in the act of tagging metro railway sites. To escape from the policeman and his dog, the player runs through railway tracks grabbing gold coins, power-ups and other items along the way and also dodging collisions with the trains and other objects. Different characteristics can be unlocked with the use of coins, keys and in-game purchases. Similarly, different outfits can also be unlocked. The game also provides you with a tour of different places around the world on every update.

Developed by Rovio Entertainment, Angry Birds 2 is the 12th game in the Angry Birds series. This is a puzzle video game where the player uses a slingshot to launch birds at a nearby structure. The player can select birds of their choice to dismantle the structure. Every bird has different characteristics and the player has to choose strategically how, where, and when to use the specific bird. The green pigs are the main enemies in the game who can be defeated by hitting them with birds or objects.

Traffic Rider is one of the smoothest motorbike racing games. The graphic looks amazing and realistic in this game. This is an endless motorbike racing game where you are behind the wheels of a motorbike. The game is simple but with a much more detailed gaming experience. There is a full-career mode, first-person view perspective and real-life recorded bike sounds. The player in the game rides the bike along endless highway roads overtaking traffic and the faster the player rides, the more scores they get. The player can unlock 29 motorbikes as the game proceeds and can complete various missions. You have to play once to see the detailed environments in the game.

There is a different satisfaction of crushing all those candies. Candy Crush has been a popular game for quite a long time now and it still does not seem boring at all. This game is very simple to play. The player has to switch and match candies to progress to the next level. The player needs to match three or more candies in a row wisely so that s/he will not run out of time or moves. There are also many boosters with different characteristics to help the player complete the puzzle. The puzzle gets hard each time the level is completed and there are thousands of levels in this game. Completing one will only make you crave for more.

Developed by Nekki, Shadow Fight 3 is an action, RPG-fighting game. This is the sequel of Shadow Fight 2. The characters in the game are lifelike and are in a richly animated 3D environment. Players can customise their in-game avatars by choosing their name, gender, facial structures, hairstyles, and hair colour. The avatar will acquire new levels and skills throughout the game and develop itself in the direction chosen by the player. Players can also pick and combine weapons, armours, helms, and ranged weapons their characters will use. Each piece of equipment comes with its own unique shadow ability.

Mad Skills BMX 2 is a sequential racing game. The gameplay is very fun and simple. One can jump directly into the game after the tutorials. The player collects cash and gold bars as progressing through the game. From those collected resources, the player can upgrade the gear for the next race. Gear upgrades include clothing/helmets, bike upgrades and new bikes.

Into the Dead 2 is an action game in which the player kills zombies and runs for survival. The player in the game has to arm themselves with an arsenal and powerful weapons and do whatever to survive. The evolving story and multiple endings make the game even more exciting. In seven chapters of the game, there are 60 stages and hundreds of challenges for the player. The player can experience multiple, immersive environments and additional story events. 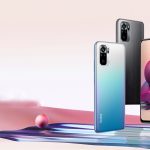