File: The Nepal football team during their friendly against Mauritius in Kathmandu, on February 1, 2022.

The Nepal football team are scheduled to play two friendlies–one against the Thai national team and another against a Thai football club–in the last week of March.

Both matches will be played in Chon Buri, Thailand.

“The two games will be parts of the preparation for the upcoming AFC Asian Cup Qualifiers,” ANFA says.

Nepal last played friendlies against Mauritius in Kathmandu on January 29 and February 1, winning both the matches. 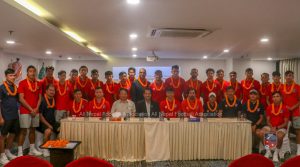 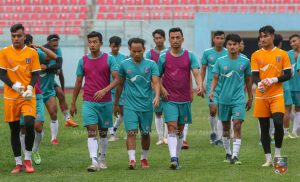