Days after India went on lockdown to control the coronavirus crisis, some Indian media started blaming a Muslim group called Tablighi Jamat for the rapid spread of the virus. Even some of the so-called intellectuals interviewed at these channels also joined the voice against the Muslim minority of India in the name of the deadly virus.

Television anchors’ vitriolic description of the Muslims in connection to the spread of the virus helped intensify Islamopohbia in India. This created a sort of anti-Muslim sentiment even among a small section of Nepali civilians as Indian television channels have deep penetration into the television audience of Nepal.

However, many non-Muslim Nepalis, including this writer, started raising voices that the virus has nothing to do with any faith, geography, and gender. This collective social media ‘campaign’ quelled unnecessary criticism of Muslims vis-à-vis the deadly virus on social media platforms.

There is not any official survey done to measure which Muslim-minority country in South Asia is how much friendly to the Muslims. However, some social events and circumstances suggest Nepal is one of the most Muslim-friendly countries in this region.

Afghanistan, Bhutan, Bangladesh, India, the Maldives, Myanmar, Nepal, Pakistan, and Sri Lanka are countries of South Asia. Among them, Bhutan, India, Nepal, Myanmar, and Sri Lanka are Muslim-minority countries. India has a tumultuous history of many instances of communal violence including recent violence targeting Muslims and killings dozens of them in the national capital, New Delhi.

The bloodiest riot of Gujarat in 2002 is another deadly example of Muslim-targeted violence in India. Probably because of the partition of India and Pakistan on religious lines of Hindus and Muslims respectively on August 15, 1947, the Hindu nationalistic tone is so tough in India that it triggers many incidents of anti-Muslim rhetoric and violence.  This has troubled the secular population of the constitutionally ‘secular’ India.

Since the Easter bombing on April 12, 2019, by extremists, Muslim civilians in the island nation Sri Lanka are ‘demonised’. Some international media have reported that ordinary Muslim civilians are not optimistic about the current President Gotabaya Rajapaksa’s administration for his alleged anti-Muslim election sentiments.

So far, Bhutan and Nepal have not witnessed very anti-Muslim sentiments and targeted communal violence against Muslim minorities drawing international condemnations like their other neighbours of South Asia.

Nepali majority in tandem with the Muslim minority

Nepal is the oldest sovereign and independent country in South Asia. It does not have its Independence Day because any global emperor never colonised Nepal. Since the unification of present-day Nepal by the then king Prithvi Narayan Shah of the powerful Gorkha principality in the latter half of the 18th century, Muslims were an integral part of Nepal.

Many historians say Muslims were very instrumental to the formation of modern Nepal with their artisanship in the weaponry and other technical skills.

Prithvi Narayan Shah won the present national capital Kathmandu that was controlled by the then Malla dynasty in 1769. However, the first Mosque in the valley was built in 1524.

The landmark Kashmiri mosque located at the heart of Kathmandu is known as ‘Kashmiri Taquia’.  This mosque, situated in front of the then royal palace of ‘the only Hindu kingdom in the world’ that time never faced any anti-Muslim hatred even at the era of the Hindu monarchy in Nepal.

Nepal is a Hindu-majority country where Buddhists constitute the second-largest portion of the population. According to Nepal’s latest census of 2011, the populations of Hindus, Buddhists, Muslims, Kirants, and Christians are 81.3%, 9%,  4.4 %, 3%, and 1.4 % respectively.

From the establishment of the government-funded Muslim Commission to the official Haj Committee, Nepal has seen a remarkable presence of Muslims in several sectors, from politics to press and from film fraternity to technical entrepreneurship.

One of the chief ministers of seven provinces of the country (Province 2’s Mohammad Lalbabu Raut Gaddhi) is also from the Muslim community in the new federal democratic republic.

Due to friendlier ties between Nepal’s majority Hindus and minority Muslims, there are voices for more inclusion of Muslims in Nepal’s state apparatus. This voice has gained both political backing and progressive civilian approval in Nepal. Once this voice is materialised further, Nepal will be widely praised as the most inclusive country than its neighbours in the sub-continent. 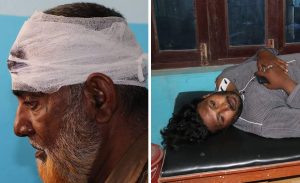 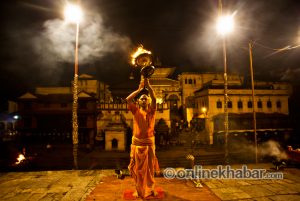