A few years back, while working with AnimalNepal.org, I foolishly advocated for a campaign called “Nepali Monkeys on Mars,” which would have taken Swayambhunath’s rhesus monkey population and transplanted them all onto Martian territory, in an attempt to save them from an export to America that was taking place at the time. You may not have known, or have forgotten, that our sacred monkeys were once used for bio-terror experimentation by labs back in the USA, all via a shady deal between GoN and US researchers. Fortunately, all of that monkey business was stopped by a campaign better thought out than mine, and with one that had nothing to do with Mars nor NASA.

However, the Mars option for solving Nepal’s current problems returned to mind after reading that, yes indeed, there is water on the red planet, albeit in dribbles near the polar caps. This exciting and long anticipated discovery exacerbated my notion that perhaps life on Mars would be preferable to our collective and continued existence on a climate-ravaged planet Earth, and more specifically, that perhaps the Nepali people (whom I am now part of by marriage) would be best suited for the difficult Martian colonization to come.

Take for example our current existence here in Nepal without water. We brush our teeth every morning with just a drop or two, and publically in front of all of our neighbors. We are not shy about spitting, thus well equipped for any water-reclamation program. And if the entire colony had to bathe using just a single community tap, no problem; we have hundreds of years of experience doing just that. And we can wash without even having to fully remove a spacesuit (or sari). 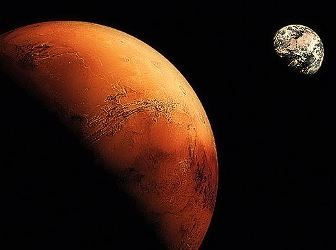 Mars would be preferable to our continued existence on a climate-ravaged planet Earth. More specifically, perhaps the Nepali people would be best suited for the difficult Martian colonization to come.

Then there is the energy problem, for which we also have much experience: if we have to wait in a five kilometer-long line to fill up our Martian rover tank, no problem, just get your brother to camp out overnight in the queue, as he won’t mind one bit. And while cousin-brother is watching over the rover, we all can always make do with bicycles turned into delivery trucks or converted into pedal-powered tuk-tuks. And with low Martian gravity to help us, even grandama can deliver refrigerators on her back like so many Nepali men do here on earth.

And like Nepal, Mars has plenty of sun to heat our rooftop tanks so we can take a hot shower now and again. Living on a loadshedding schedule is also no problem, as we have mastered the fine art of recharging truck batteries to power entire households with the minimal of fuss – no complaints at all from the residential community, outside of the occasional ‘ke garne’.

Even the thin atmosphere is not a problem for such hardy folk, as we have all become accustomed to breathing in as little as possible here in Pollutedmandu, and high-Himalayan trekking is our specialty. Any Nepali, aided again by low Martian gravity, could easily hike up Mt. Olympus Mons, which after all, is only 3 times the height of Mt. Everest (as stated on Wikipedia). And don’t take my word for it – NASA has calculated (using the formula g = m/r2), that a Nepali man weighing the average 57.7 kg, could carry all the essentials needed by 3 tourists, all the way to the top without even breaking a sweat. Which, of course, you would not want to do, as city water rationing would be in place, and the quality of bottled drinking water questionable.

All in all, outside of actually buckling down to solve all of our terrestrial problems, the Martian option is looking pretty good. Of course, funding is always an issue in this once “the only Hindu kingdom left on earth.” But here again, we have the experience and the know-how to extract whatever funds we need from International donors, and we must have a warehouse full of proposals that can be repurposed to secure the much-needed USD to get to Mars, all starting with the line, “Nepal, a poor country in the Himalayan region, ranking 145 out of 187…”

Any Nepali, aided again by low Martian gravity, could easily hike up Mt. Olympus Mons, which after all, is only 3 times the height of Mt. Everest. NASA has calculated that a Nepali man weighing the average 57.7 kg, could carry all the essentials needed by 3 tourists, all the way to the top without even breaking a sweat.

And my proposal for this gargantuan endeavor would still comply with current social norms: we would of course only send our young men first, to do the all the needed construction on the hostile and desolate sands of Mars. In addition to a compound built for life-support, we would also get a modern football stadium to boot, ready for the Martian World Cup of 2022. After all, this has to be easier than working in Doha, and the airfare would be about the same (after all donor subsidies are considered).

Now I know you might be thinking that all of this sounds pretty far-fetched (or flat out crazy), but I ask you to have an open mind. Humans will do this, on that the global scientific community is clear. Elon Musk of SpaceX fame is already preparing the spacecraft, so travel plans are being laid. For example, Mars One – an international non-profit organization, with ties to Lockheed Martin – already has 200,000 volunteers signed up for the mission. And as part of that Mars One team, we have a Mr. K.R. Sridhara Murthi of India, working in the Office of Adviser to India’s Prime Minister, preparing for the migration.

So, in that dim Martian light, we must act soon, or when we do arrive and establish the Nepali Republic on Mars, our constitution might be held hostage by Mr. Murthi and his Martian gang, and we will be no better off than we are here on mother earth: standing in long lines for petrol and wondering when the next tanker truck of water will arrive. 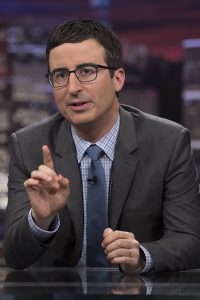 How comedy can change the way we think and act 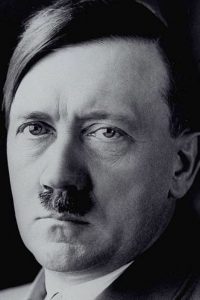