Khalti: How this digital wallet started in Nepal can be a lesson for emerging entrepreneurs File: Co-founders of Khalti, a leading digital wallet in Nepal

Khalti, one of the leading digital wallet services in Nepal, has recently completed its fifth year. Started by four young men studying engineering, Khalti today has connected many businesses and people to digital transactions. This digital wallet has now spread across the country.

Now, let’s get back to the time when Khalti was being born as it could inspire the new generation of emerging entrepreneurs.

Among the co-founders of Khalti wallet, Amit Agrawal (Birgunj) was studying at the White House College whereas Arbin Sah (Bara), Dhruva Adhikari (Pokhara) and Manish Modi (Janakpur) were studying at the Pulchowk Engineering Campus, in the third year of their bachelor level. During the course of the study, three of them studying in Pulchowk went to Nepal Telecom for internships.

Agarwal, the founder of the company, says, “One of the employees there gave them a very challenging job to accomplish in one week. But, they did complete the work in the provided time frame.” Impressed by their work, he hired them to make a software programme for Rs 80,000.

That employee went out of contact all of a sudden when they had completed the work and it was time for receiving payment. “Then, my friends went to the office,” says Agrawal, “There, they knew that the person was no more. And, they decided to do something on their own. Driven by this, in 2007, the three of them started a company called Janaki Technology.

Agrawal joined the team only in 2009. Before that, he was working for Subisu Internet Company. In the process of expanding the business forward, they started the Sparrow SMS service in 2010. For this, they made several agreements with the government and private sectors. At that time, the SMS service was very popular. Many used SMS services for information.

Internet facilities like there are today had not reached every nook and corner of the country, mainly villages. Those who went for foreign employment used to get the information about their visa via an SMS. The SMS was the first way of viewing exam results when they were published. This service was also used to know the price of vegetables in the Kalimati vegetables and fruit market.

Agrawal recalls. “We did a lot of work as a part of access to information. Then, the SMS became a very popular platform.” He says that they were able to provide up to 300 SMSes per second. There was a charge for sending the SMSes. Thus, the more the SMSes, the more income was generated.

At that time, there were also other companies that used to provide this service. But there were no companies that would prioritise the SMSes. Later, when Kantipur started offering SMS service for free, Agrawal admits that they were terrified. But then, they did not have to panic. They worked hard day and night. As a result, they are the ones who are successful in the market.

“We didn’t have a lot of money, we had the energy,” he says, “We knew we could work harder. If we had decided to start this only after saving money, we wouldn’t have been successful as we are today.”

Birth and the growth

After all four agreed about starting a digital wallet, their hunt for a suitable name began. “We wanted such a name that is catchy to Nepali people and at the same time make people understand that it is a digital wallet. Therefore, we chose Khalti with the tagline ‘a new address for money.”

“Our dream was to become a financial partner of every village by collaborating with the banks. And, this required innovation,” says Agrawal.

In January 2017, CAN Info Tech, an information technology fair, was being held in Kathmandu. They made an agreement to place the advertisement of Khalti on the back of the CAN Info-Tech tickets. With only 20 days left until the start of the fair, they had not fully prepared the Khalti app. “The advertisement was booked, but we were not able to work. We had very little time. We did feel a lot of pressure, but we didn’t panic,” says Agrawal.

According to him, they did not even go home for 15 days and kept on working at two rented rooms in Pulchok to finalise the Khalti app.

Still, it was not easy to grow their business as there was tough competition, mainly with the sectoral leader eSewa. Previously operating digital wallets were already connected with banks. Only 28 commercial banks were in operation. In addition, development banks and finance companies also had to be linked to the digital wallet. It took six months to link a bank to the digital wallet. This was a major challenge, he informs.

Overcoming the challenge, one after another, now, most of the banks are linked with Khalti. In a short time, the number of people downloading the Khalti app also increased exponentially.

Agrawal says the company is still trying to do something new. Khalti plans to do some innovation in the digital transaction in the coming days by further consolidating the efforts made to reach the customers.

At present, the only things that are usually done from the digital wallet are recharging, paying bills, and buying tickets for domestic flights. There are plans to make every business digital by expanding it.

During the lockdown, there was a sharp decline in the business of Khalti because the number of people using the internet with mobile data decreased. Since they stay at home, everyone uses wifi. But, the problem gradually disappeared, says Agarwal.

After the Covid-19 pandemic trust in digital transactions has developed in people, observes Agrawal. Internet access has now reached the villages. Everyone has a smartphone in their hands. Khalti wants to capitalise on that. 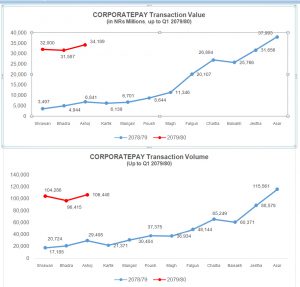 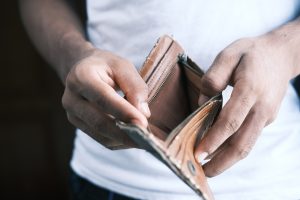 Nepal economic crisis: Tracing roots is easy, but the remedy might not be so