Kathmandu’s soaring real estate industry has an impact on the productive economy. Control is a must 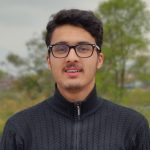 File: A view of the Kathmandu valley

Growing in the outskirt of Kathmandu valley, I could sense throughout my childhood that my parents tried to inculcate in me the idea of the importance of land and how owning a piece in the right place means lifelong security. After years, I came to realise those were tough times for this country. The Maoist insurgency had heightened, and there was a tendency among people to move towards safer places in terms of economy and physical security. Obviously, Kathmandu was perhaps the best place for both.

The tendency of accumulation of land and assets had thus increased in and around the valley. The values that my parents tried to inculcate in me must have originated out of their fear that the ‘outsiders’ would potentially outsmart the kanthes (natives of the outskirts of the Kathmandu valley) and after years, they would potentially buy a lot that people living here had owned at that time.

To this day, the fear, which was also shared by other kanthes alike, still permeates the kanth region (the outskirts of the valley). A lot of people in my neighbourhood sold the ancestral property that they had. Some did it quite earlier following the end of the war while some held to it a little longer. The market reached new heights after the 2015 earthquake and a lot of them sold their land during the same time. The earthquake created a similar scenario as that of the Maoist war where people had developed ambitions to move to the valley and have a decent place for residence “in the valley” for an easier life. The money that property holders got by selling was poured into the renovation and construction of houses for themselves. The pieces of land which were sold at about Rs 50,000 per aana (342.25 square feet) in the late 2000s are again on sale, but at a rate of Rs 1.3-1.5 million per anna. The sellers today regret the deal that they made earlier while those who still hold their piece calculate the value of their assets and the numbers are usually in seven, eight or even nine figures.

So, how did the price skyrocket and what next for the Nepali real estate sector?

Reasons of the rise

For years, the remittance money which had been going into the hands of the general public has been poured into the sectors like consumption and real estate. Economists often express the national worry that had remittance flowed into the productive sector, the national economy would have been better. But, that has not been the case. Due to the increase in money in hands of the general public and with no other lucrative area of investment, the real estate sector received the money.

The increase in the number of players increased demands, soaring the prices.

A large chunk of bribe and graft money has been hoarded into the real estate sector. When ministers or any public office holders show their property once a year, most of the properties on the list are lands. The land has been the best place to launder the money since a huge amount can be banked in it, but during registration, only a fraction of that is shown at the Land Registration Office. If the further investment is made on that land after buying, it can launder another huge chunk of bribe.

The loans issued by banks have not gone towards the productive sectors. Loans taken by enterprises have rarely gone to project financing but are rather disbursed in real estate. These facts have been accepted by the government, but it has rarely acted to control this asymmetrical growth of real estate.

Need for a control

A large portion of the Nepali middle class is looking for business opportunities, but the options are very limited. The economy has not expanded and growth is not guaranteed in another sector. The share market is growing, but the rate of return is not high as that of real estate. The investors of real estate are ready to take loans from banks and invest in real estate since the prices double every two to three years.

This lucrative business grown from our insecurities has, however, led to the development of an economy that has a weak base of production but the real estate sector as a good as a well-developed economy. The banks have craving for real estate and are always on the yes side when it comes to accepting land as collateral for the loans. The craving has further increased people’s desire to buy land since it brings no risk. With the change in time and growth of the economy, the number of entrepreneurs is going to increase and the number of land plots in banks as collateral would also reach new heights. We are yet to see this unprecedented situation, but it is highly likely that prices of land would grow anyway.

The increase in taxation and cooling period on land could slow the market, but it will not be effective to the extent of helping the production sector take over it, as the “return” component of the former will always have an upper hand. We are left to see if this inflating yet unhealthy growth would come to an end or will it just continue to soar.