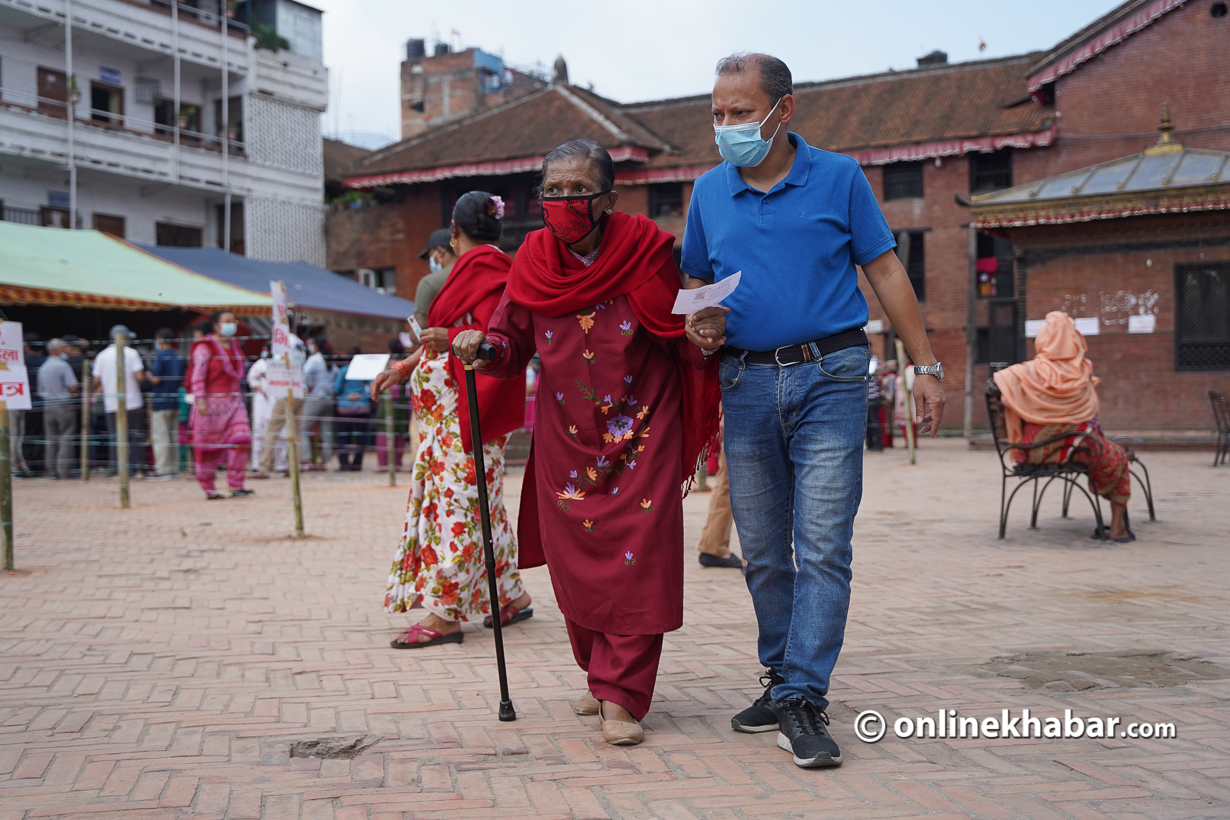 An elderly woman is being taken to a voting booth during Nepal local elections, in Kathmandu, on Friday, May 13, 2022.

The majority of elderly people we interviewed during the local elections in Kathmandu could not find any difference in the governance systems over time—be it the Panchayat system, multiparty democracy or the federal democratic republic government. They are not happy with the outcome of any government system.

While they do vote to utilise their rights, there is not any expectation from either new or old candidates. Moreover, the reason for their participation is they do not want their name to be cut out from the government’s list of allowance for the elderly or get into the black list of the candidates as they all know each other.

Here, Onlinekhabar has a conversation with some of the elderly voters from Kathmandu about the same:

There should be an election; but after getting a vote, there is no guarantee that they will do the good work. But, having an election helps us choose the different candidates with the hope that a new person will give good service. Nevertheless, no matter who has come to the position, they have not worked as expected.

There have been changes during the time of voting. Previously, some voters used to keep the ballot papers on the top of the box and the candidates were able to manipulate those votes. These days, that does not happen, but there are chances for mistakes due to a large number of candidates, consequently making the votes invalid. Unless those in the ruling position do not have a feeling of patriotism, there won’t be any progress in the developmental sector.

Election doesn’t have any effect on me, but it will definitely have a huge impact on the political leaders. I have been voting since the time of Bishweshwar Prasad Koirala. Till now, there hasn’t been a birth of one who could do well for the public. These leaders only talk about development but do nothing. For example, inflation has hit hard to the public but they have done nothing about it.

We need to vote for our security and for the development of our area. When we give them a chair or position, they will provide us with service. Bu,t they have to take actions that provide justice to all. The representatives at the local level have definitely made things better.

I know nothing about elections. But, I have given my vote to the one who I know. I told all the candidates who came to meet me at home that I would vote for them, but at least I know that I am giving my vote to the one that I like. I don’t find any difference either in previous governance systems like Panchayat or now. But, I have this feeling that I would get compensation for the land at Chhauni and around the Ring Road area that was taken by the then government in the name of development if the development was conceived at present time.