Karnali Chief Minister Mahendra Bahadur Shahi, a lawmaker of the CPN-Maoist Centre, has resigned on Monday, to pave way for the Jeevan Bahadur Shahi of the Nepali Congress to lead the coalition government involving two parties.

Apparently, Mahendra B Shahi stepped down abiding by an old gentleman’s agreement between the two parties, as per which they would share the chief minister’s position until the next provincial elections.

It means Jeevan B Shahi will be elected the chief minister thanks to the support of the Maoist Centre.

As the chief minister submitted his resignation, Governor (Province Chief) Govinda Prasad Kalauni has called parties in the Provincial Assembly to stake a claim to the chief minister’s position by 7:30 pm on Tuesday, with evidence of generating the majority support in the assembly, as per article 168(2) of the constitution.

It is highly likely that Jeevan Bahadur Shahi will be appointed the chief minister after the expiry of the time. 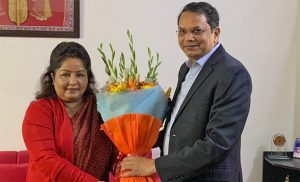 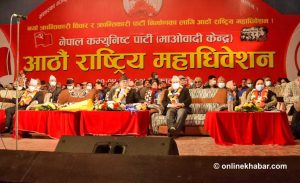