Two persons have died in a minitruck accident at Machhakhola, Dharche rural municipality-5 of the Gorkha district on Friday.

Four others have sustained injuries.

One of the victims has been identified as Nirajan Nepal, a resident of Dhading, whereas the second person is not identified, informs the District Traffic Police Office chief Prem Prakash Pokharel.

Nepal was behind the wheel when the truck (Ba 5 Kha 6566) loaded with rods and cement fell around 100 metres down the road.

The truck was heading towards Machhakhola from Aarughat of the district.

Meanwhile, the injured are undergoing treatment at a local health facility. 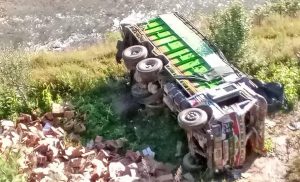 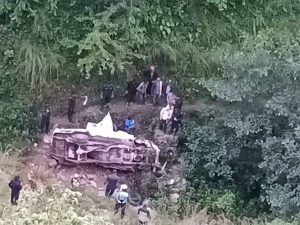