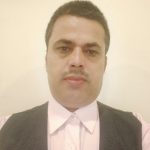 Before the 1990s, Nepal’s main economic activity was agriculture. From mid of the 1990s, and more intensively from the 2000s, the livelihood options changed unexpectedly. Most of the educated youth migrated abroad for better employment opportunities than engaging in agriculture in Nepal.

The influx of remittance sent by migrant labourers vitalised the urban economy creating additional employment opportunities. As a result, most of the rural population migrated to urban areas.

From farm to the market

This means the livelihood system changed from substance to market-based. Similarly, consumption culture also radically changed with rapidly changing livelihood patterns. In the past, the numbers of producers and consumers were almost the same, thus the market’s role was less important. But, gradually population migration dynamics changed the scenario by moving the consumers to cities, far away from the production sites. Meanwhile, the market has been the means to connect the producers and consumers indirectly.

In recent decades, livelihood and consumption systems rapidly changed following capitalistic impulse whilst the production system remained in a stagnant situation; neither continued subsistence nor switched to commercial. Significant gaps have been seen among production, consumption and livelihood systems in the latest three decades.

In order to bring a balance among these three systems, it is critical to rethink the production system. The existing subsistence system needs to be transformed into a commercial system so that a small number of producers can feed a huge number of people whose livelihoods are outside agriculture in Nepal.

Therefore, enterprising agriculture in Nepal is the only way to improve our agriculture sector and feed the ever-growing population.

Challenges in enterprising agriculture in Nepal

There are some basic conditions for any sector to grow as an enterprise. The most important conditions are that production should be at a mass scale; the product should go to market for sale; the margin is mandatory in product selling, and some part of the margin should be reinvested for reproduction.

The commercialisation should build on the already available premises. For example, machinery should be developed that fits in the local context, building on the already developed blacksmithing and agro-machinery. But today, blacksmithing is abandoned and agro-machinery factories working in the past are being closed. A good amount of agro-machinery is imported in the name of commercialisation of agriculture in Nepal. But, no spare parts and skilled human resources are available on the production site.

A similar case is there in the seed system. In the past, we had a robust local seed system. Instead of advancing the same system towards commercialisation, our programmes focused on imported seeds and associated production inputs. Our viable seed system developed in past has almost vanished. The bitter reality is that an import-dependent production system usually encounters the challenges of not getting appropriate production inputs in time as per the local needs.

In doing so, some of the crops grown in the existing subsistence system may not be lucrative. We should not shy away to be dependent on other countries for those commodities whereas we might be exporters of some other commodities. We can explore and exploit our geographical uniqueness in production zoning and can take benefit of comparative advantage in market-led production.

Thus, subsistence farming should change into an agricultural enterprise. Existing technicians trained to provide extension service are not fit for commercial production unless they are provided with new insights skills, opportunities, and technologies.

Agriculture enterprising experts should spend their time in the production zone rather than enjoying at federal and provincial levels, spending most of their time doing administrative work. In the same way, the university teaching system should produce human resources who are fit in agriculture in Nepal.

Sharma is pursuing a PhD in sociology.