Three members of one family, including a five-day-old newborn, have been found dead inside their house in the Dolakha district on Wednesday.

Because there were some embers inside the room, police suspect they were asphyxiated. However, further investigation is underway.

Police are waiting for the postmortem reports to further the probe. 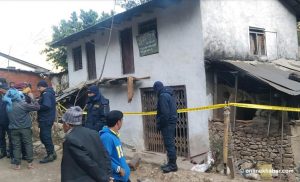